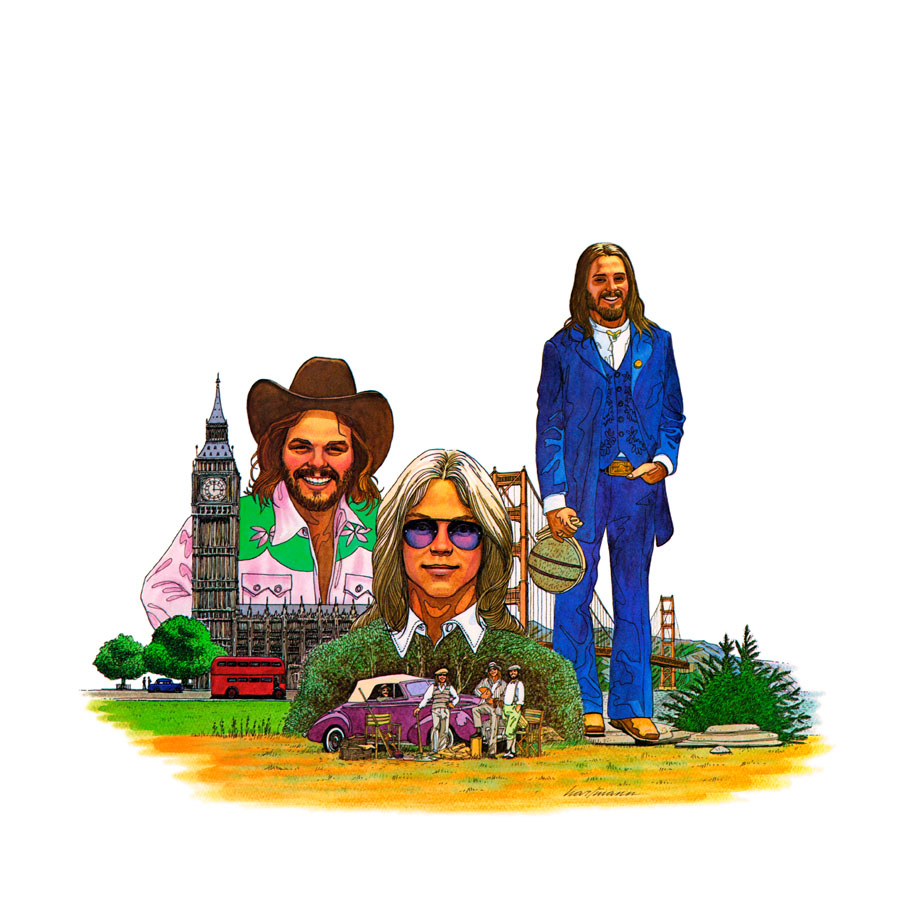 The legendary rock superstars America burst onto the rock music scene in the early seventies with their much revered classic debut America (Friday Music 9001) featuring A Horse With No Name which forever changed the fortunes of this very popular rock trio.

After many successful albums and top charting pop and album rock singles, Warner Bros. honored this legendary act with their first best of collection History / America’s Greatest Hits. Produced by the legendary George Martin (The Beatles), this 1976 platter was filled with a generous helping of their most popular hit singles and album tracks from many smash albums like Homecoming (Friday Music 9013), Hearts and Holiday.

The twelve track masterpiece is loaded with original hit tracks like A Horse With No Name, Ventura Highway, Tin Man, Sister Golden Hair, I Need You and even more classics like Daisy Jane and Lonely People.

Being one of the most popular albums in their career, History / America’s Greatest Hits went on to collect multi-platinum accolades since its 1976 release. The original vinyl version of this masterpiece has not been available for decades… that is until now!

To enhance your limited edition LP, we have also included a poly bag for the much acclaimed Phil Hartmann (Saturday Night Live) album cover artwork and a poly lined sleeve to protect your 180 Gram vinyl purchase for years of enjoyment.

The beautiful 180 Gram Audiophile sounds of America continue with History / America’s Greatest Hits… only from your friends at Friday Music. Peace! (fridaymusic. com)