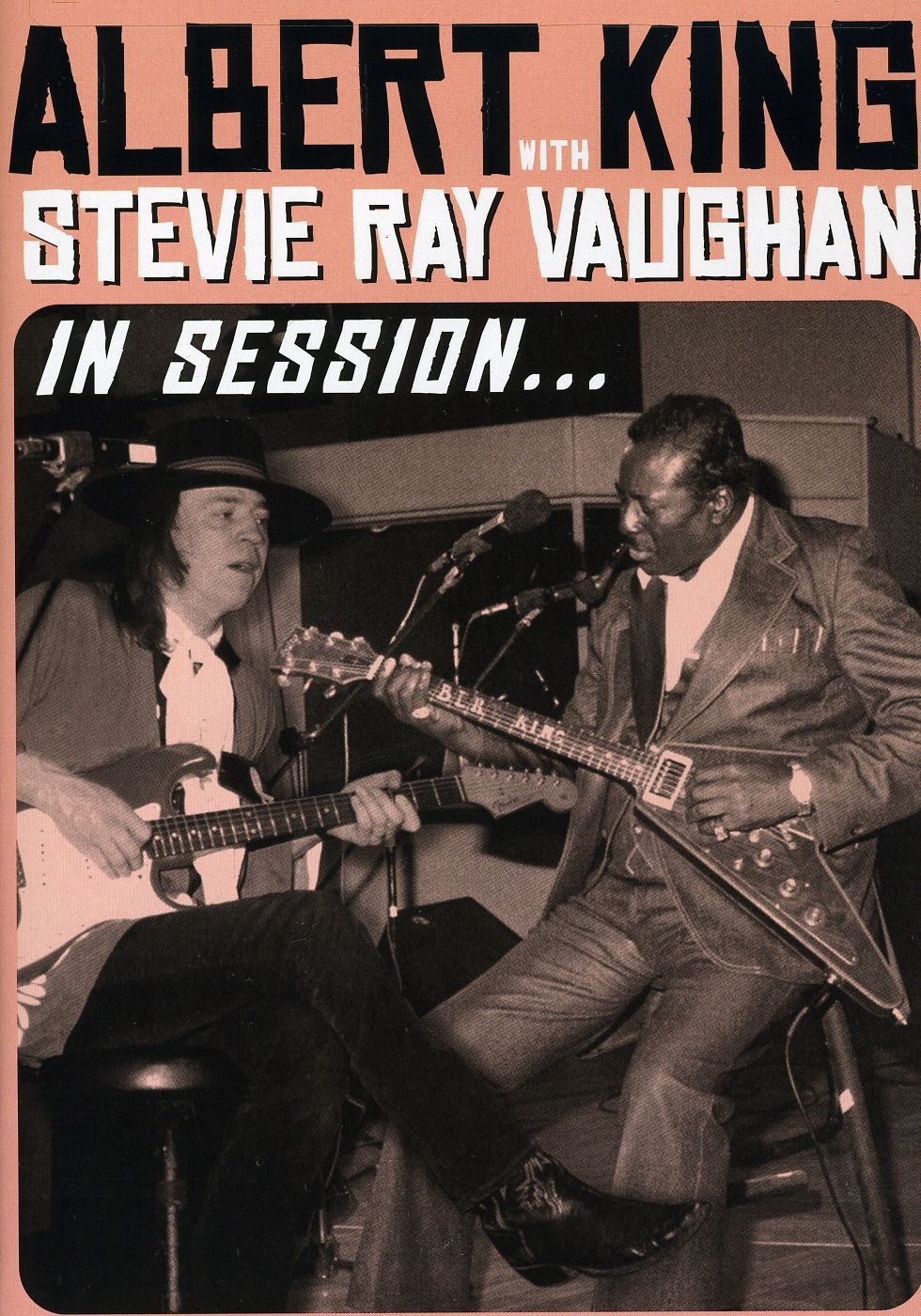 “It was evident from the first choruses,” writes liner notes author / musicologist Samuel Charters, “that they were playing for each other. And that was the best audience either of them could ever have. The music never lost its intensity, its quality of something very important being handed back and forth and there was time for Stevie and Albert to see where their ideas took them.”

Accolades have showered upon this momentous encounter. “As a document of what was probably one of the greatest nights in the musical life of SRV, this belongs in the collection of every true fan,” said the Austin American-Statesman. Sonic Boomers added, “Both men are gone now, but rare recordings like In Session remind us of a time when blues giants still walked the earth side by side.” Elmore magazine called it “an indispensible part of any blues fan’s collection.” And BluesWax noted, “thank goodness, this disc lives on and on.”

Now this previously unavailable visual document featuring two giants of American blues can be enjoyed by audiences the world over. Sadly, King and Vaughan would not share a stage together ever again. Vaughan, 31 years King’s junior, died in a helicopter crash in the fog on the way back from a concert in 1990. King outlived him by two years, dying of a heart attack in 1992. They didn’t meet often, and their careers took different paths. But we can all be grateful for that one long day in a television studio when sparks flew and this timeless performance was forever captured.
(concordmusicgroup. com)