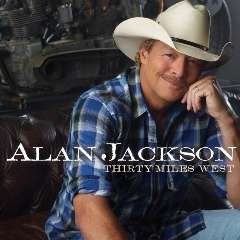 When asked about the unique album title Jackson responds, “There’s this highway that’s been in existence for forever now – it’s called the Dixie Highway and it runs from north of Michigan all the way down to South Florida, and I wrote a song about it that’s on the album. I grew up on Highway 34 outside of Newnan, Georgia, and that’s where we came up with Thirty Miles West. I think we were about thirty miles west of the official part of the Dixie Highway that runs through Georgia.”