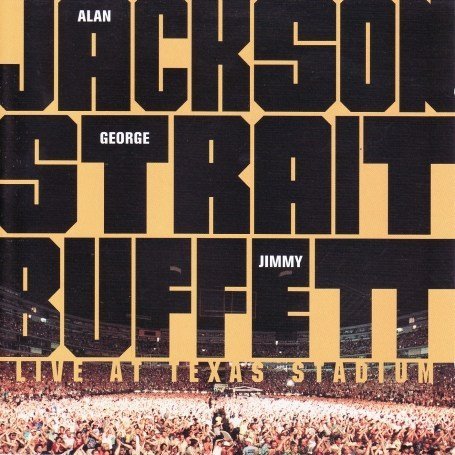 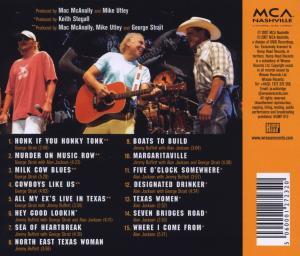 Bewertung:
lieferbar innerhalb 1-2 Wochen
(soweit verfügbar beim Lieferanten)
-29%
EUR 16,99**
EUR 11,99*
Recorded live at Dallas's Texas Stadium in 2004, this long-delayed release is well worth the wait. With more than 120+ million records sold, over 80 Number One singles and countless awards, the superstars shared equal billing to showcase some of their biggest hits over 15 tracks, together, separately, and in pairs in a musical treat Strait loosens up, as he uses the western-swing classic "Milk Cow Blues" to stretch out with a fine showcase of his Ace in the Hole Band, and brings Jackson out for a masterful version of their hit "Murder on Music Row."

Jackson's set offers a personality-rich rendition of "Where I Come From," as well as a bluegrass version of Steve Young's "Seven Bridges Road" before Buffett comes on cute on "Margaritaville," and when Jackson and Strait join him for a rousing romp through "Hey, Good Lookin'," you can almost see the ghost of Hank Sr. dancing in the aisles.