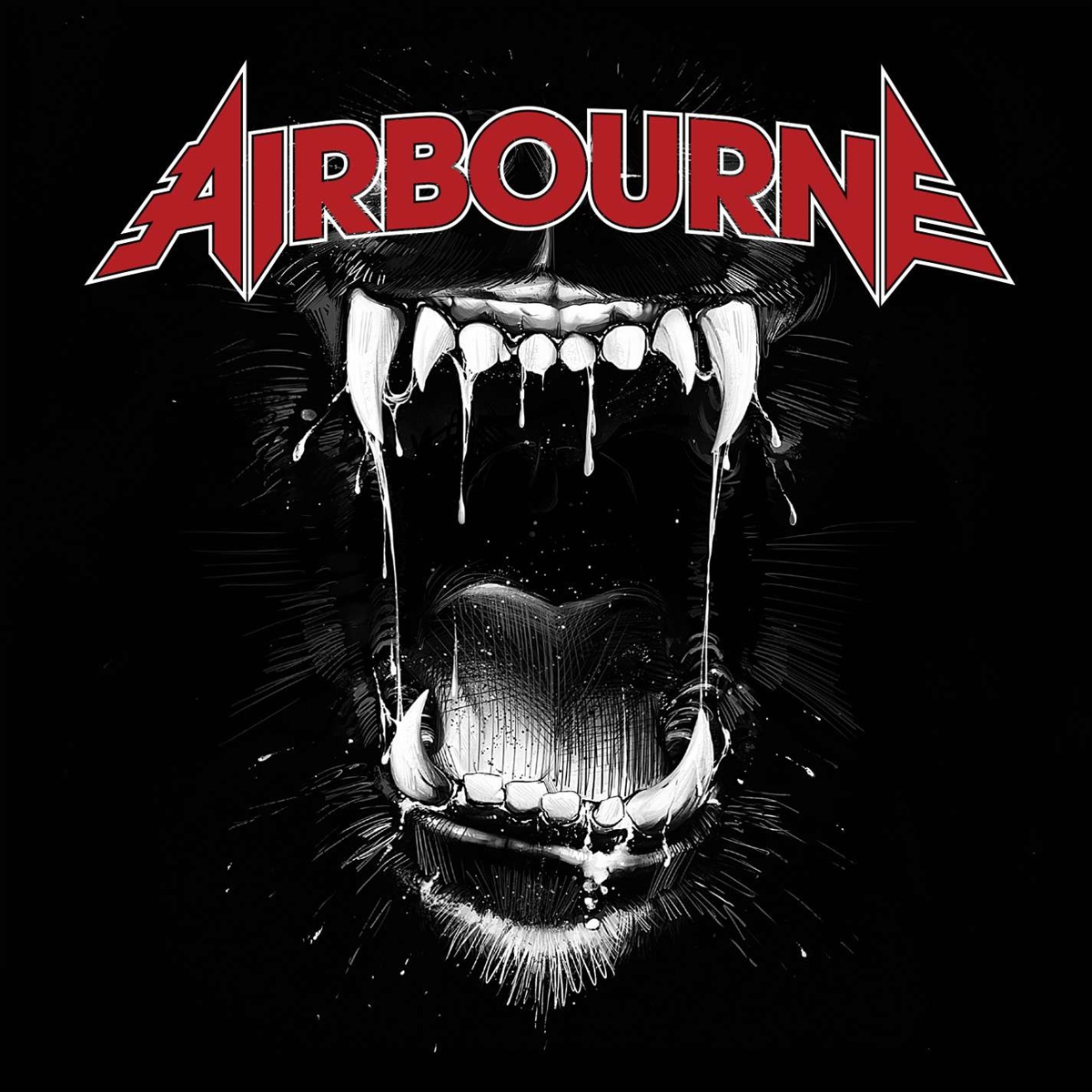 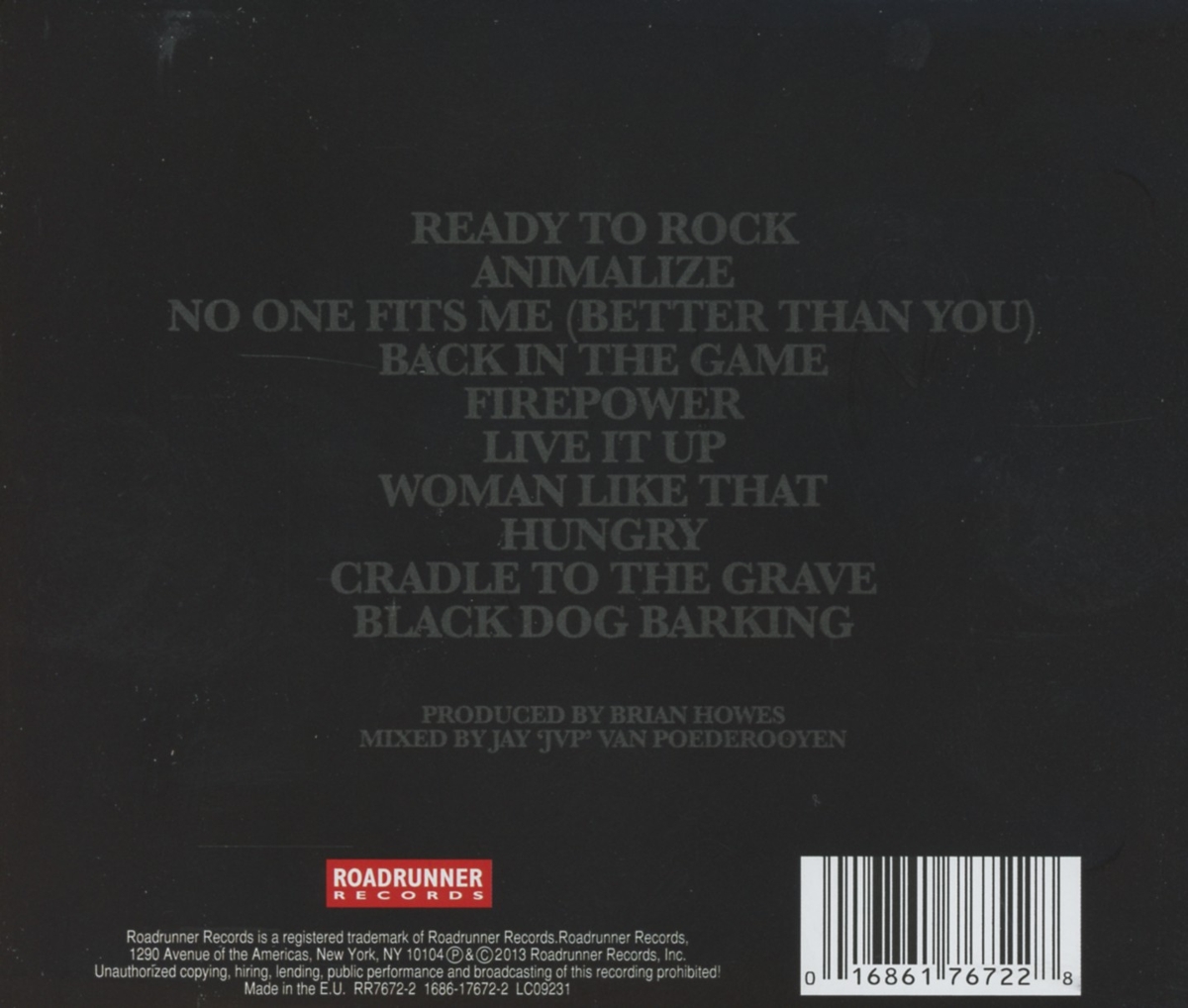 Airbourne is the walking, talking, living, breathing, screaming, spitting, fist-pumping embodiment of all that hard rock has encompassed since the movement began. Fun-loving, rip-roaring, hard-partying and filled with melodic danger and grinning optimism, Airbourne craft underdog-championing anthems with reckless abandon.

Airbourne manage to call upon the spiritual substance of Thin Lizzy, the gritty pub-crawling vibe of Motörhead, the grandiose histrionic theatricality of Judas Priest, the unifying audience domination of Iron Maiden and the sharp bite of their fellow Australians in the legendary AC/DC. They’ve stitched together these disparate components into a head-banging Frankenstein monster of their own creation, energizing the entire hard rock scene with their enthusiasm and relentless drive.

Black Dog Barking, the band’s triumphant new album, is a furious declaration of all that it means to feel truly alive in service to the great spirit of rock n’ roll music. Airbourne’s third record is nothing less than the sum total of all that Airbourne has aspired to since the band formed in Warrnambool, Victoria, Australia 10 years ago.

The scrappy upstarts announced their arrival with Runnin’ Wild, one of the most talked-about and best-reviewed debuts in recent hard rock history. Metal Hammer handed them a Golden Gods Award for Best Debut Album and Classic Rock rightly christened them Best New Band. “Too Much, Too Young, Too Fast” became ubiquitous in high school parking lots and PA systems anywhere hard rock music was enjoyed and appreciated. After several jaunts around the globe and encounters with the international press, Airbourne further marked their territory with the jaw-dropping No Guts. No Glory. cracking the Top 40 in the UK, the Top 20 in Australia and Billboard’s Top 200, with “No Way But the Hard Way” leading the charge.

SInger and lead guitarist Joel O'Keeffe discussed their unique method in approach to writing the songs for this album: “We would record a bit of the song at rehearsal and then Ryan and I would just drive around in a car. We’d be digging through lyrics and shouting out ideas,” Joel explains of the process that resulted in the future Airbourne classics found on Black Dog Barking, such as the blistering first single “Live It Up,” “Animalize Me” and the appropriately-titled album opener “Ready To Rock.” “Sometimes while working on an aggressive song it would help fuel the road rage. We’d be working on an idea with aggressive lyrics and somebody would pull in front of us really slowly and we would almost ram their car off the road, all pumped up!”

As the writing process went on, the guys would survey the material and take stock of what they had on their hands and what they felt they were missing – making sure the entire affair encompassed the melody, the hard rock and the aggression Airbourne is all about in appropriate proportions. “Hungry” is an autobiographical banger detailing their own story – the story of many bands – about paying their dues. It’s probably the heaviest song they’ve ever done, too.

“We wanted a song that describes us when we started as a band and how we feel now,” Joel explains. “It’s about being in a touring band, when you’re a bunch of mates in a cheap van, and you hit the highway and that sort of thing. That’s a big part of this band. The second we started we were always trying to get gigs, driving around, running out of fuel, breaking down and all sorts of things. We were doing anything we could to get to a gig, even if we were playing for free.”

The first two albums Joel ever bought were Metallica’s Kill ‘Em All and AC/DC’s Razors Edge and that combination of hungry young upstarts and titular rock n’ roll mastery is a great summary of Airbourne. Producer Brian Howes, whose resume includes several Juno Awards (including Producer of the Year) in his native Canada among other impressive accolades, helped pull things from the band they may not have discovered on their own so quickly.

The band worked hard to put down more heart and soul on the tape than ever before, with Howes encouraging them to dig into the guts of the songs. Eventually the songs themselves would take over, operating the band members like marionette puppets. This helped birth the stylistic detour of “No One Fits Me (Better Than You),” a slinky, sexy tune that’s almost two songs in one, like The Cult’s Bob Rock-guided “Fire Woman.” The band worked on the song until it was just perfect, similar to the way they meticulously crafted “Girls in Black” during the Runnin’ Wild era.

The album’s title track, “Black Dog Barking,” was perhaps the most difficult to record as it’s fueled by so much aggression, anger and angst that the emotions would take over in the booth. “It’s sort of hard to explain, the very real effect it had,” Joel says. “But when you’re recording songs like that, I think that’s when you know you’re on the right path. When a song makes your hair stand on edge. When it’s intimidating to record. I don’t think we’ve had anything as intimidating as this stuff in the past. It’s always been in us, but this is a much deeper level than before.”

The black dog is that dark dog that shows up in your dreams, like the dog folks said haunted Winston Churchill during England’s dark times. For Airbourne, there’s always someone telling them they’re too loud, or that Joel can’t climb the lighting rig. Even when they were starting out, the local government was always shutting down pubs and smaller venues that hosted live music for this or that reason. “When that happens, that’s the most unjust thing you can do to bands,” Joel steams. Airbourne learned quickly to standup for themselves, to be counted, to be heard.

Black Dog Barking, musically and thematically, gets to the very essence of what Airbourne has been about since the guys first strapped on their instruments. “You gotta rock your way through the bullshit, basically,” Joel says. “We need to take no bullshit. We need to defend every band’s right to rock n’ roll and everyone that wants to play rock n’ roll should be allowed to play it as loud as they want.”

Black Dog Barking is without a doubt one of the most honest rock n’ roll records available at the moment. “It’s everything we’ve got to give,” Joel declares. “We put our heart and soul into this one. If you love rock n’ roll, you’re gonna love this.”