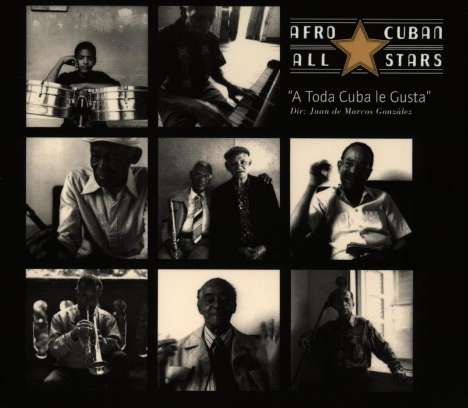 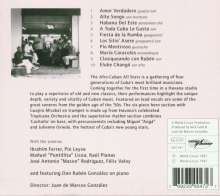 The Afro-Cuban All Stars is a dream 13-piece band comprising four generations of Cuba’s finest musicians. A Toda Cuba Le Gusta (Everyone in Cuba Loves It), recorded by World Circuit in Havana, is the band’s debut album, and it features six of the island’s most brilliant singers. In a celebration of the diversity of Cuban music the album’s ten songs run through a great range of styles including danzón, son-montuno, guaguancó, Mozambique, Afro, mambo, and guajira.

The All Stars were brought together by musical director Juan de Marcos González (leader of the son group Sierra Maestra), as a backing band for his heroes, the legendary soneros (singers) from the 1950s "golden age" of Cuban music. González wanted to capture the flavor of the great Cuban big bands of the era but not simply as an exercise in recreation. With his contemporary arrangements and his choice of musicians and repertoire combined with the all-acoustic ensemble’s extraordinary power and exuberance, he succeeds in paying homage while demonstrating the vitality of the music.

To back these individual talents through a diverse selection of songs, González brought together a very special group of musicians. On piano is one of the founding fathers of modern Cuban music, the legendary Rubén González (Arsenio Rodríguez, Enrique Jorrín, Estrellas de Areito). On double bass is Cuba’s finest, Orlando "Cachaíto" López, who learned his trade as part of the extraordinary bass playing López dynasty which includes his father Orestes López and uncle Israel "Cachao" López.

In a country renowned for its percussionists, the All Stars’ six piece section is matchless and includes the 19-year-old phenomenon Julienne Oviedo on timbales and the great Miguel "Angá" on congas.

The atmosphere at Havana’s Egrem Studios was electric. The younger musicians were playing with their heroes, the older players were inspired by the energy surrounding them and the singers, renewing old rivalries, strove to outdo one another. Visiting musicians arrived daily to crowd into the control booth to watch the proceedings and with the spark lit, the entire recording was completed in just one week.