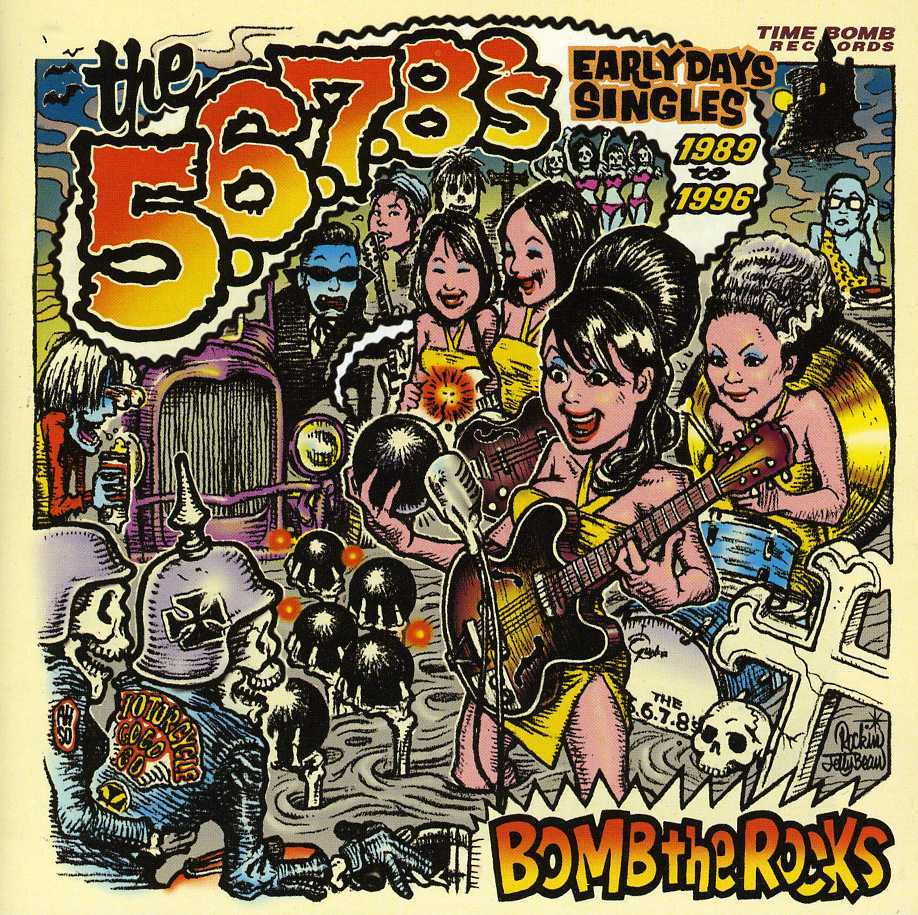 Bewertung:
lieferbar innerhalb 1-2 Wochen
(soweit verfügbar beim Lieferanten)
-36%
EUR 18,99**
EUR 11,99*
Versandkosten
Just in case you didn't know, THE 5.6.7.8.S and their sheer sonic power and catchy riffs have been around before "Kill Bill", the latest movie by QUENTIN TARANTINO. That is a fact, and it gets established by "Bomb The Rock. Singles", a 28 track compilation of singles recorded as early as the early 90s. But don't worry, "Woo Hoo" one of three tracks featured in "Kill Bill", is also included in this release. They recorded for many labels all over the world, including Sympathy For The Record Industry and Giant Claw. Heavily borrowing from SHONEN KNIFEs'kitschy sense of humour, these japanese girls follow more the frenzied attack of rockabilly punkers like THE CRAMPS. Discover the world of the 5.6.7.8.S, before everybody else does! Remember, "Kill Bill" Pt. II is coming!!!