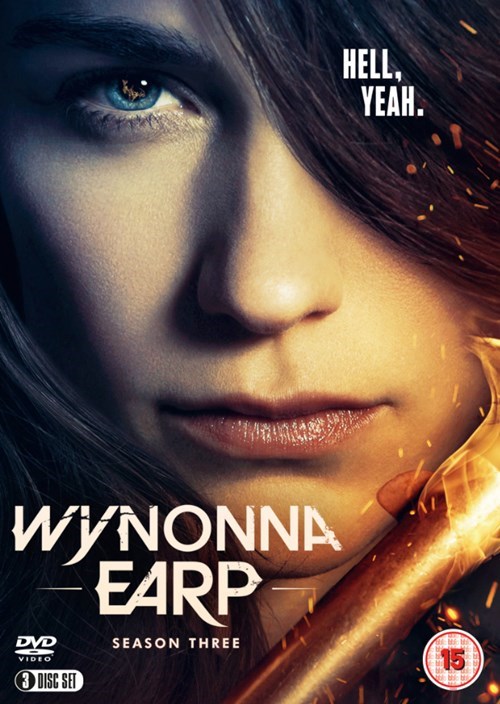 All 12 episodes from the third season of the fantasy drama which follows the adventures of Wynonna Earp (Melanie Scrofano), the great-great-granddaughter of legendary lawman of the American Old West, Wyatt Earp. As the outlaws who were shot to death by Wyatt Earp over a century ago begin to rise from the dead, it is up to the sharp-shooting Wynonna and her unlikely team to get to work on sending them back to Hell.