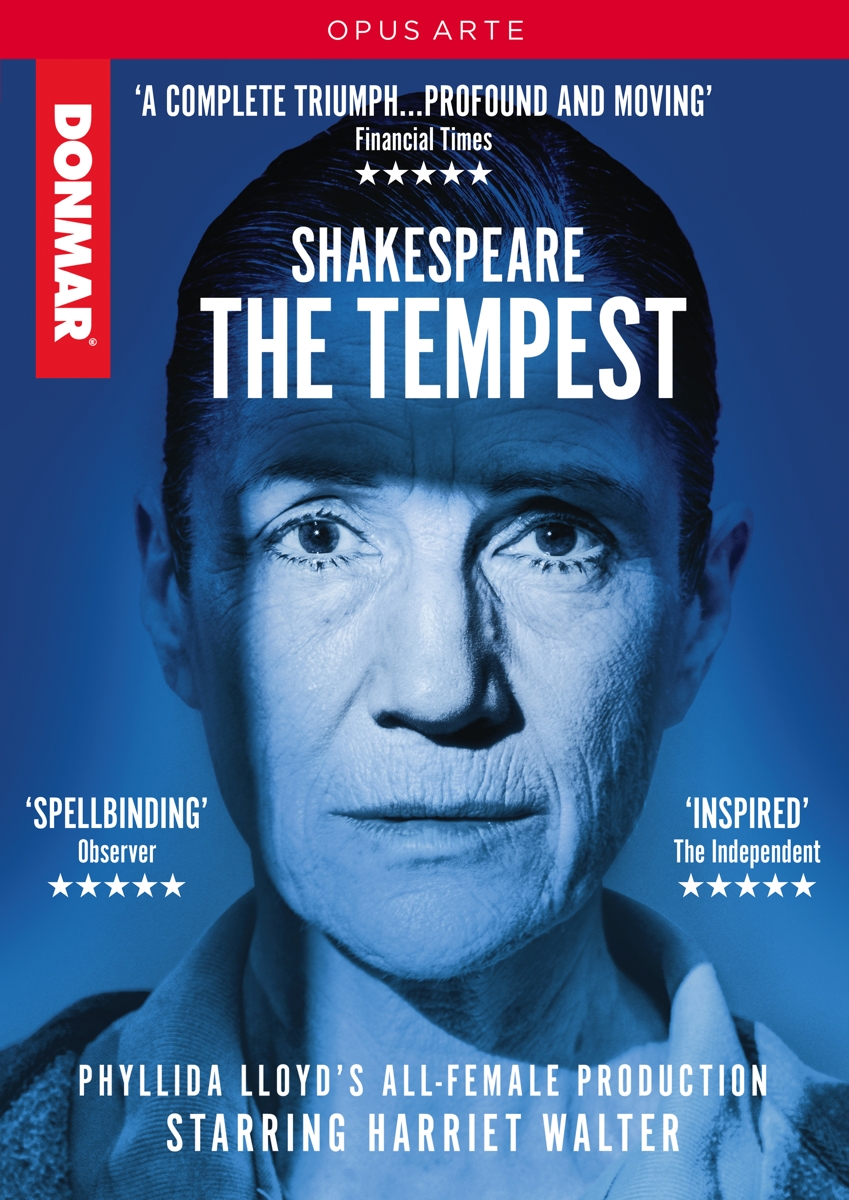 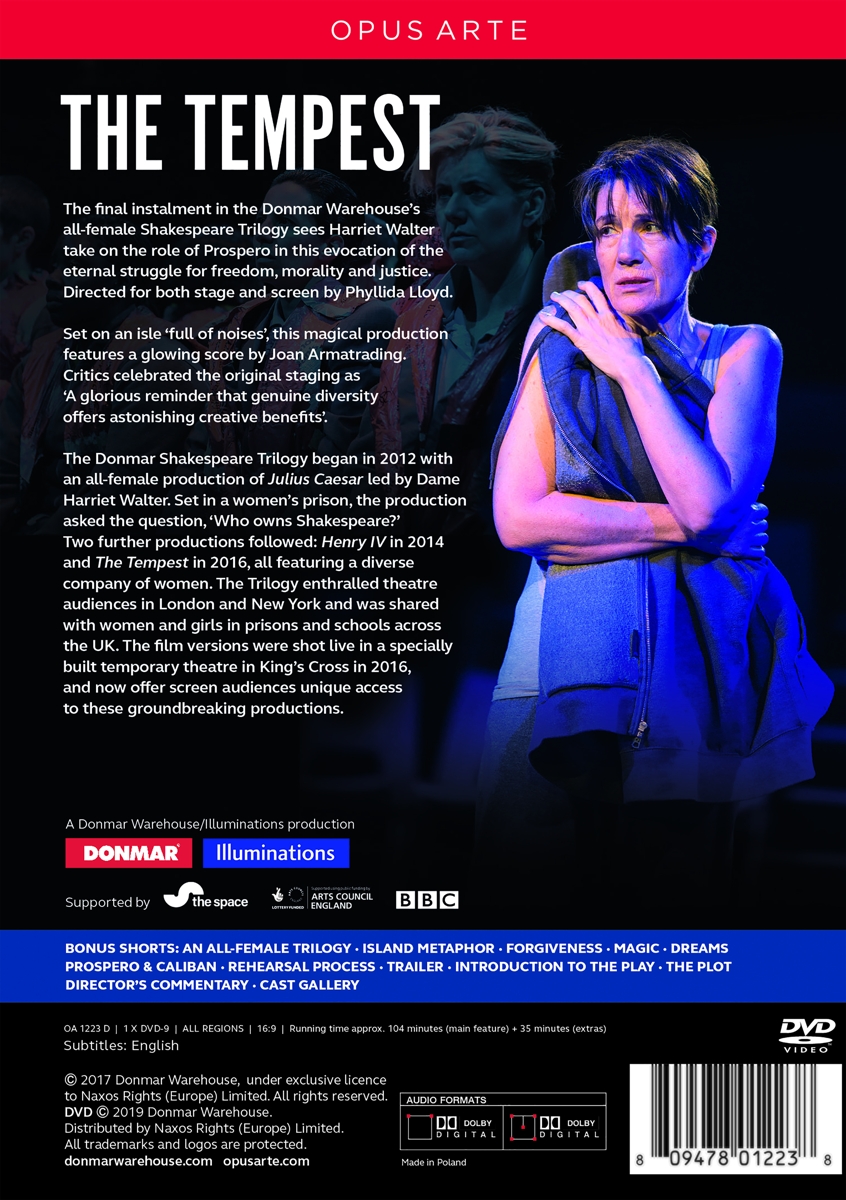 The final instalment in the Donmar Warehouses all-female Shakespeare Trilogy sees Harriet Walter take on the role of Prospero in this evocation of the eternal struggle for freedom, morality and justice. Directed for both stage and screen by Phyllida Lloyd.
Set on an isle full of noises, this magical production features a glowing score by Joan Armatrading. Critics celebrated the original staging as A glorious reminder that genuine diversity offers astonishing creative benefits.

The Donmar Shakespeare Trilogy began in 2012 with an all-female production of Julius Caesar led by Dame Harriet Walter. Set in a womens prison, the production asked the question, Who owns Shakespeare? Two further productions followed: Henry IV in 2014 and The Tempest in 2016, all featuring a diverse company of women. The Trilogy enthralled theatre audiences in London and New York and was shared with women and girls in prisons and schools across the UK. The film versions were shot live in a specially built temporary theatre in Kings Cross in 2016, and now offer screen audiences unique access to these groundbreaking productions.