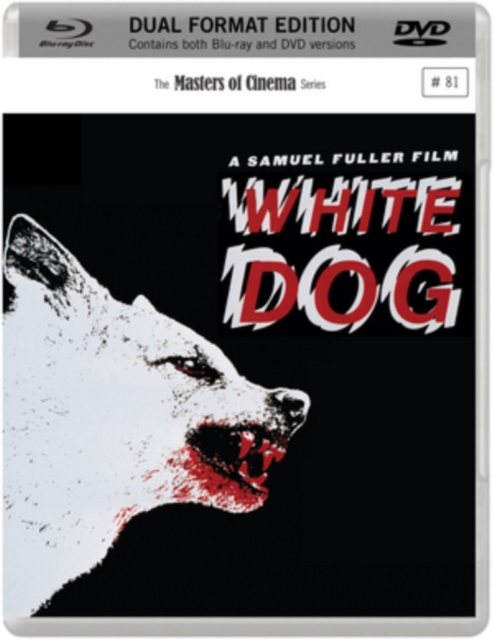 One of the most controversial American films of the 1980s, Samuel Fuller's White Dog was originally withheld from release in the USA and has been rarely seen since. This head-on examination of racism remains a riveting and startlingly powerful film experience, with superb performances and a brilliant score by the great Ennio Morricone.

When a young actress (Kristy McNichol) adopts a stray white Alsatian she hit with her car, she soon discovers that the dog has been conditioned to attack any black person on sight. Its only chance is Keys (Paul Winfield), an animal trainer focused on breaking the dog's behaviour and finding a way to eradicate its vicious instincts. An acclaimed and daring late-career highlight for its director White Dog amply demonstrates Fuller's clear-eyed intelligence, impassioned humanity and filmmaking dynamism.