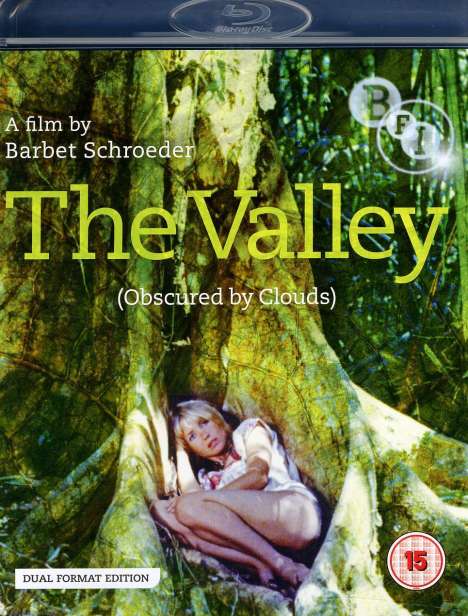 When Viviane (Bulle Ogier), a chic young diplomat's wife, meets an intriguing adventurer (Michael Gothard) and his hippy friends in the wilds of Papua New Guinea, different worlds collide. The group, led by enigmatic visionary Gaetan (Jean-Pierre Kalfon), convince Viviane to join their expedition in search of a mysterious uncharted valley – its location obscured by clouds. Along for free love and exotic feathers Viviane gradually discovers that she too is looking for her lost Eden, but can it be found in the savage jungle?
The Valley – Barbet Schroeder's striking second feature – explores the limits of experience and freedom, journeying into the Great Unknown accompanied by Pink Floyd's especially composed soundtrack, later released as the album Obscured By Clouds. Aided by Nester Almendros' striking photography, and the tribespeople of the Mapuga – who allowed Westerners to participate in and film their rites for the first time – the film is an authentic tribute to the liberating spirit of adventure.