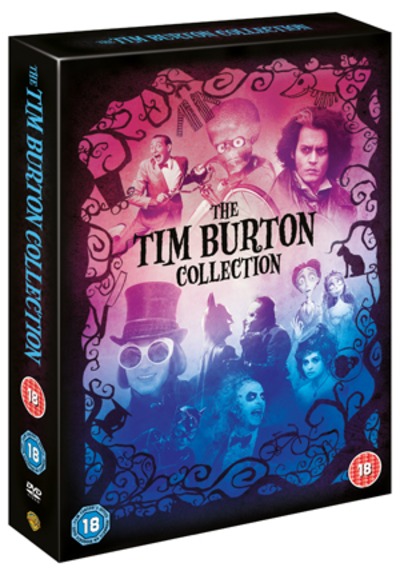 In 'Batman' (1989) the streets of Gotham City are no longer safe for criminals, who are being picked off by a masked vigilante in a rubber suit - dubbed 'Batman' by the press. Reporter Alexander Knox (Robert Wuhl) teams with photographer Vicki Vale (Kim Basinger) in an attempt to discover Batman's true identity - an investigation which leads them to the door of mysterious millionaire Bruce Wayne (Michael Keaton). Meanwhile, crime boss Carl Grissom (Jack Palance)'s attempt to rid himself of untrustworthy henchman Jack Napier (Jack Nicholson) does not go according to plan, and after emerging physically - and mentally - disfigured from a vat of chemicals, Napier reinvents himself as the psychotic Joker...

In 'Batman Returns' (1992) Oswald Cobblepot (Danny DeVito), who was abandoned by his parents as a baby 33 earlier, is bent on revenge and returns to Gotham City as the Penguin. First he begins a warped campaign to become Mayor, helped by millionaire businessman Max Shreck (Christopher Walken), and then he undertakes a mission to murder every first born son in Gotham - a plan which will avenge his own beginnings. Meanwhile, he has two adversaries to contend with: Catwoman (Michelle Pfeiffer), the embittered ex-secretary of Max Shreck, and, of course, the old caped crusader himself - Batman.

'Charlie and the Chocolate Factory' (2005), based on the novel by Roald Dahl, follows eccentric chocolatier Willy Wonka (Johnny Depp) and Charlie Bucket (Freddie Highmore), a good-hearted boy from a poor family who lives in the shadow of Wonka's extraordinary factory. Most nights in the Bucket home, dinner is a watered-down bowl of cabbage soup, which young Charlie gladly shares with his mother (Helena Bonham Carter) and father (Noah Taylor) and both pairs of grandparents. They all live in a tiny, tumbledown, drafty old house but it is filled with love. Every night, the last thing Charlie sees from his window is the great factory, and he drifts off to sleep dreaming about what might be inside. For nearly 15 years, no one has seen a single worker going in or coming out of the factory, or caught a glimpse of Willy Wonka himself, yet, mysteriously, great quantities of chocolate are still being made and shipped to shops all over the world. One day Willy Wonka makes a momentous announcement. He will open his famous factory and reveal 'all of its secrets and magic' to five lucky children who find golden tickets hidden inside five randomly selected Wonka chocolate bars. When Charlie finds some money on the snowy street and takes it to the nearest store for a Wonka Whipple-Scrumptious Fudgemallow Delight he finds a golden ticket. The family decides that Grandpa Joe (David Kelly) should be the one to accompany Charlie on this once-in-a-lifetime adventure. Once inside, Charlie is dazzled by one amazing sight after another.

In 'Mars Attacks!' (1996) Martians arrive on planet Earth and American President James Dale (Nicholson) is persuaded to extend the hand of friendship. One of the President's advisers, Donald Kessler (Pierce Brosnan), has been studying the aliens and is keen to make peaceful contact. However, the Martians gleefully fry their greeting party from Earth and launch an all-out attack on the planet.

In 'Beetlejuice' (1988) the Maitlands (Geena Davis and Alec Baldwin) are a happy couple who, when killed in a car crash, return as ghosts to their beloved home to wreak havoc on the ghastly yuppie family who have moved in. Being novices at haunting, their efforts go unnoticed by the house's new inhabitants except for goth daughter Lydia (Winona Ryder), who doesn't mind one bit. At their wit's end, the ghostly couple call on a despicably disgusting demon named 'Beetlejuice' (Keaton) for help.

The animated 'Corpse Bride' (2005), set in a 19th century European village, follows Victor (voiced by Depp), a young man who is whisked away to the underworld and wed to a mysterious Corpse Bride (Bonham Carter), while his real bride, Victoria (Emily Watson), waits bereft in the land of the living. Though life in the Land of the Dead proves to be a lot more colourful than his strict Victorian upbringing, Victor learns that there is nothing in this world, or the next, that can keep him away from his one true love.

Musical 'Sweeney Todd - the Demon Barber of Fleet Street' (2007), based on a 'penny dreadful' tale (which later became an urban myth) from the mid-19th century, tells the tale of Benjamin Barker (Depp), a barber who returns to London after spending years in exile for a crime he didn't commit. He soon discovers from pie-maker Mrs Lovett (Bonham Carter) that, in his absence, his wife has taken her own life and his daughter is now in the care of the man who had him sent away - the dastardly Judge Turpin (Alan Rickman). Seeking revenge and filled with a murderous rage, Barker sets up a barber's shop above Mrs Lovett's premises. Now calling himself Sweeney Todd, Barker kills off all his customers with a razor to the throat and sends their cadavers to the shop below to be used as a tasty new filling for Mrs Lovett's meat pies. What was once the worst pie shop in London quickly becomes one of the city's most popular eateries, but Barker won't be satisfied until he can lure Judge Turpin into the barber's chair...

Finally, 'Pee-wee's Big Adventure' (1985) follows man-child Pee-wee Herman (Paul Reubens) who goes on an adventure to recover his new bicycle after it is stolen. Along the way he encounters bikers, bums, convicts and a phantom trucker.