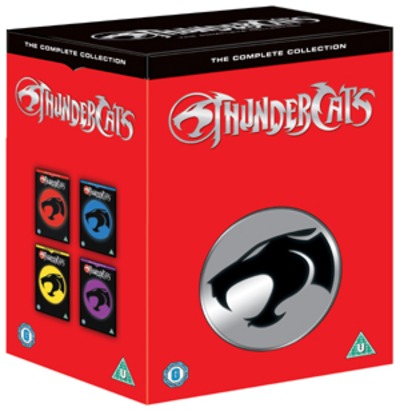 All 130 episodes from the classic animated series. During the first season, the world of Thundera is in crisis. The planet's structure has become unstable and is near collapse. With their destruction imminent, Thundera's denizens, known as the Thundercats, escape in a spaceship and plot a course for a new home. While in transit, the Thundercats are attacked by evil mutants and their craft is irreparably damaged. Jaga, the eldest Thundercat, sacrifices himself in order to pilot the ship safely to its destination: Third Earth. In the second season, when a recurring vision torments leader Lion-O, the Thundercats realise that three more Thunderians must have survived the destruction of Thundera. A daring rescue mission pits the Thundercats against the villainous Mumm-Ra, who has strengthened his forces of mutants and broadened the range of his dark territories. Ultimately Lion-O saves the new Thunderians, but the cost is high: Mumm-Ra becomes even more powerful and more determined to destroy the Thundercats.