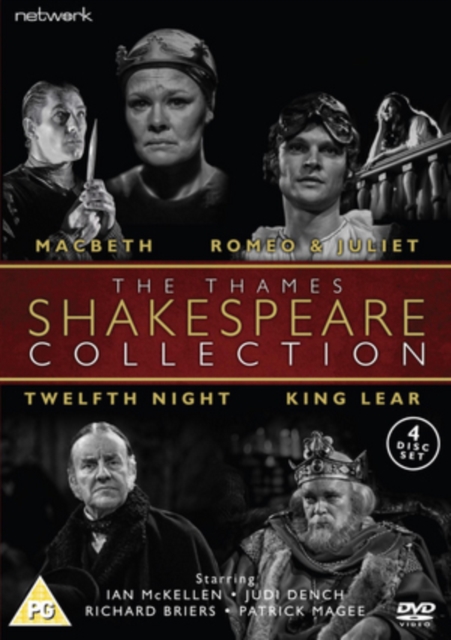 'Macbeth' (1978) tells the story of the eponymous general (McKellen), who is encouraged by his ambitious wife, Lady Macbeth (Dench), to murder King Duncan (Griffith Jones) in order to take his throne.

'Romeo and Juliet' (1988) follows the Ill-fated love of children from the competing Montague and Capulet families, Romeo (Christopher Neame) and Juliet (Ann Hasson), who fall victim to the ancient rivalry of the two houses.

'Twelfth Night' (1988), the only comedy of the collection, is directed by Kenneth Branagh and features Richard Briers as Malvolio, a pompous steward made to look ridiculous by the manoeuvring of a wealthy court.

Finally, 'King Lear' (1988) follows the miserable fate of an old king (Patrick Magee), who decides to split his kingdom between his three daughters and is deceived by flattery into putting his faith in the wrong ones - with tragic consequences.