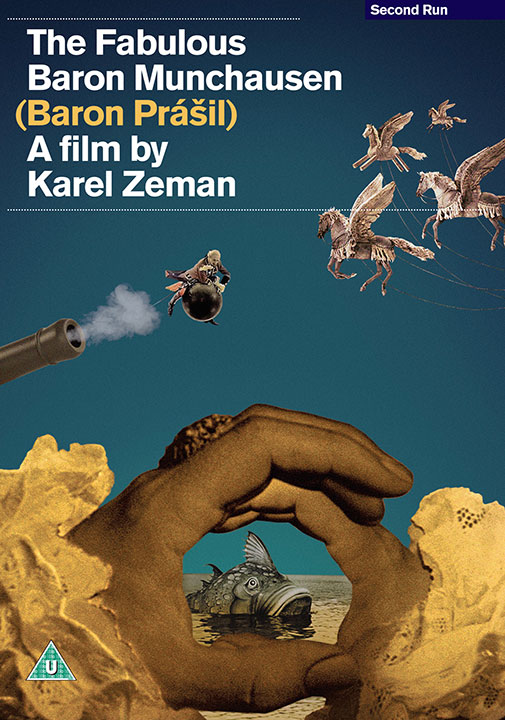 Often described as the ‘Czech Méliès’, visionary filmmaker Karel Zeman is treasured by generations of filmmakers worldwide, from Jan Švankmajer to Tim Burton, the Quay Brothers to Terry Gilliam, Steven Spielberg, George Lucas and Wes Anderson. His ground-breaking innovations in the use of live-action and animation mark him as one of the great masters of 20th Century fantasy cinema, ranking alongside his more celebrated Western counterparts Willis O’Brien and Ray Harryhausen. The Fabulous Baron Munchausen is perhaps Zeman’s most beloved achievement.

Zeman’s wildly inventive and comic take on the surreal adventures of the bragging Baron explodes on to the screen in a riot of colour, visual wit and poetic verve. A celebration of human imagination, The Fabulous Baron Munchausen has become widely recognised as a classic - a timeless work that continues to astonish.

Presented from a new 4K restoration of the film, our release includes a new and expansive filmed appreciation by writer, editor and film historian Michael Brooke, a wealth of additional special features and a new essay on the film by journalist and critic Graham Williamson.

Presented from a new 4K restoration of the film.
• Baron Munchausen: Facts and Fibs (2017, 36 mins): a new and exclusive filmed appreciation by the writer, editor and film historian Michael Brooke