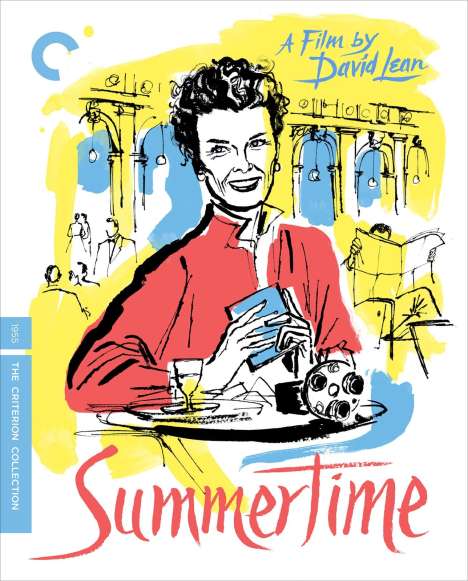 With this sublimely bittersweet tale of romantic longing, director David Lean left behind the British soundstage to capture in radiant Technicolor the sun-splashed glory of Venice at the height of summer. In a tour de force of fearless vulnerability, Katharine Hepburn portrays the conflicting emotions that stir the heart of a lonely, middle-aged American tourist who is forced to confront her insecurities when she is drawn into a seemingly impossible affair with a charming Italian shopkeeper (Rossano Brazzi) amid the ancient city’s canals and piazzas. Lean’s personal favorite among his own films, Summertime is an exquisitely tender evocation of the magic and melancholy of a fleeting, not-quite-fairy-tale romance.

New 4K digital restoration, with uncompressed monaural soundtrack on the Blu-ray
New interview with film historian Melanie Williams
Interview from 1963 with director David Lean
Audio excerpts from a 1988 interview with cinematographer Jack Hildyard Trailer
English subtitles for the deaf and hard of hearing
PLUS: An essay by film critic Stephanie Zacharek
New cover by Lauren Tamaki