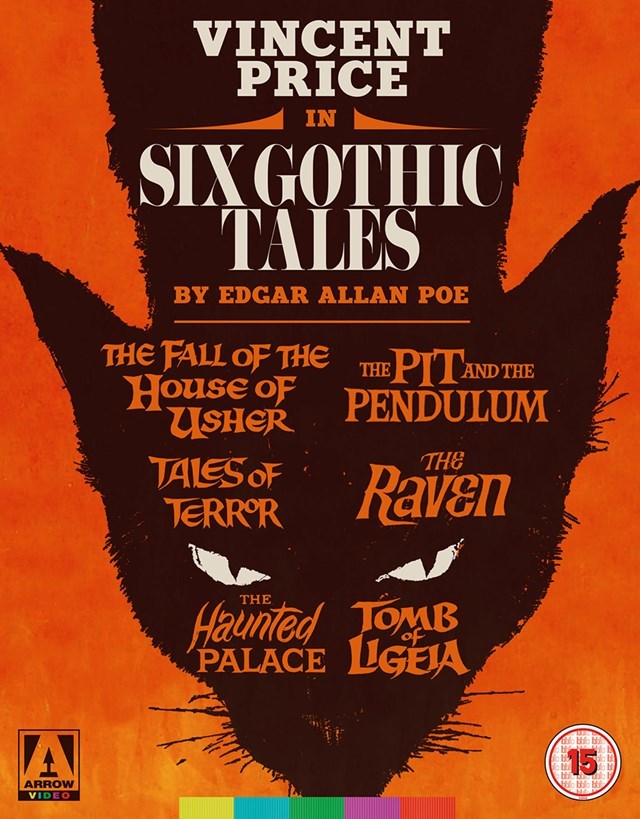 Collection of six horror films directed by Roger Corman, based on the stories by Edgar Allan Poe and starring Vincent Price.
In 'The Fall of the House of Usher' (1960), Madaline Usher (Myrna Fahey) has recently become engaged to Philip Winthrop (Mark Damon). However, Madaline's brother Roderick (Price) is less than thrilled at the prospect of his sister getting married due to the curse placed on his family.
In 'The Pit and the Pendulum' (1961) Nicholas Medina (Price) lives in a castle complete with a torture chamber built during the Spanish Inquisition. After the death of his wife Elizabeth (Barbara Steele), Nicholas slowly goes mad, hears her voice and becomes convinced that he has buried her alive. When her brother Francis Barnard (John Kerr) pays a visit he is shocked to learn of Elizabeth's death and doesn't buy Nicholas' explanation that she died from a rare blood disease. He vows to stay until he discovers the truth but the circumstances surrounding her death only become more mysterious when he learns she died of fright in the castle's hidden torture chamber.
'Tales of Terror' (1961) consists of three separate films with Price in the lead role. In 'Morella' he plays a hermit who raises his mummified wife from the dead. 'The Black Cat' sees him entombed alive behind a cellar wall, and he appears as an old man tortured for eternity in 'The Case of M. Valdemar'.
In 'The Raven' (1963), having recently left the Brotherhood of Sorcerors after the death of his wife, magician Erasmus Craven (Price) is visited by a talking raven that claims to be another magician, Bedlo (Peter Lorre). The bird also claims to have been turned into a raven by Craven's arch-enemy Dr Scarabus (Boris Karloff). Bedlo persuades Craven to reverse the spell and, after Craven hears that a woman who looks like his wife has been seen in Scarabus' company, he accompanies Craven to Scarabus' castle where a magical showdown ensues.
'The Haunted Palace' (1963) tells the macabre tale of a man who arrives in a New England town to lay claim to a castle he has inherited and finds that the town is populated by mutants and the castle possessed by an ancestor's evil spell.
Finally, in 'The Tomb of Ligeia' (1965), when a dead wife sinks her claws into immortality and comes back as a ferocious feline, she leads her husband's new bride on a deadly game of cat and mouse.