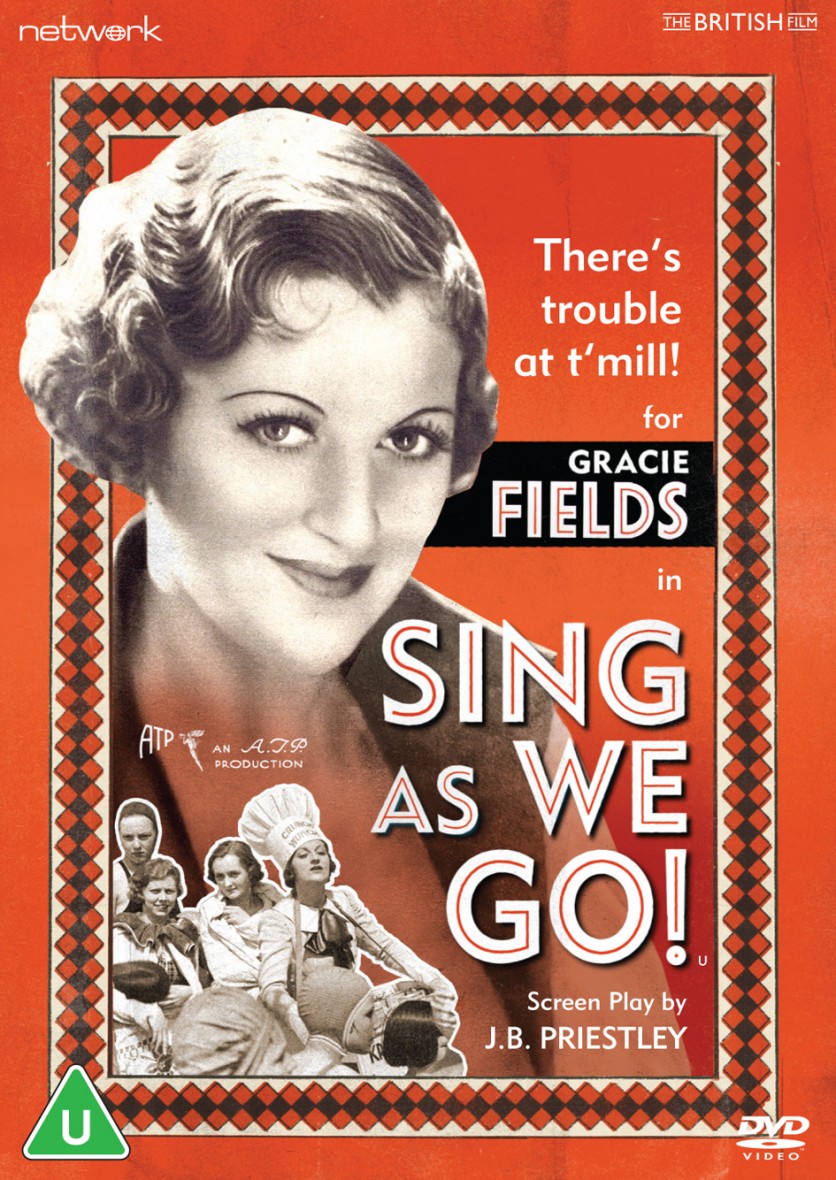 Beloved by the British public for her string of hit pre-war films, Gracie Fields' Lancastrian earthiness, impish humour and memorable songs have endeared her to many generations of fans. A morale-boosting feelgood movie made at a time of great economic depression, Sing as We Go! was written by legendary novelist, playwright and broadcaster J.B. Priestley and sees Gracie as an out of work millhand in search of gainful employment. It is featured here as a brand-new remaster from original film elements in its original theatrical aspect ratio.

When Greybeck Mill closes, Gracie finds herself out of work. Determined to get back on her feet, she bicycles to Blackpool in search of a job and ends up sharing lodgings with a potential beauty queen at the house of Madame Osiris, a palmist!