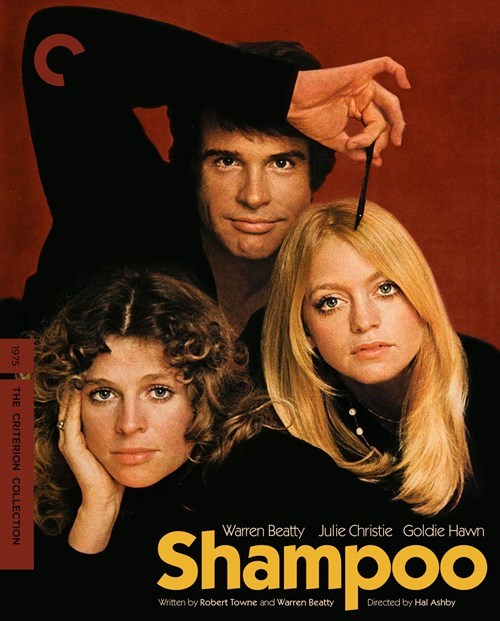 Shampoo gives us a day in the life of George, a Beverly Hills hairdresser and lothario who runs around town on the eve of the 1968 presidential election trying to make heads or tails of his financial and romantic entanglements. His attempts to scrape together the money to open his own salon are continually side-tracked by the distractions presented by his lovers — played brilliantly by GOLDIE HAWN, JULIE CHRISTIE, and LEE GRANT. Star WARREN BEATTY dreamed up the project, co-wrote the script with ROBERT TOWNE, and enlisted HAL ASHBY as director, and the resulting carousel of doomed relationships is an essential seventies farce, a sharp look back at the sexual politics and self-absorption of the preceding decade.