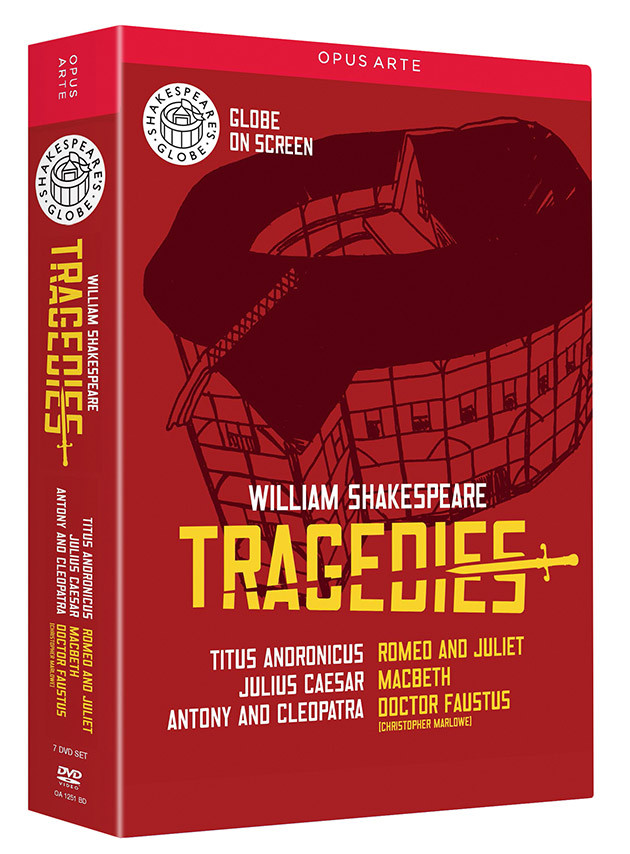 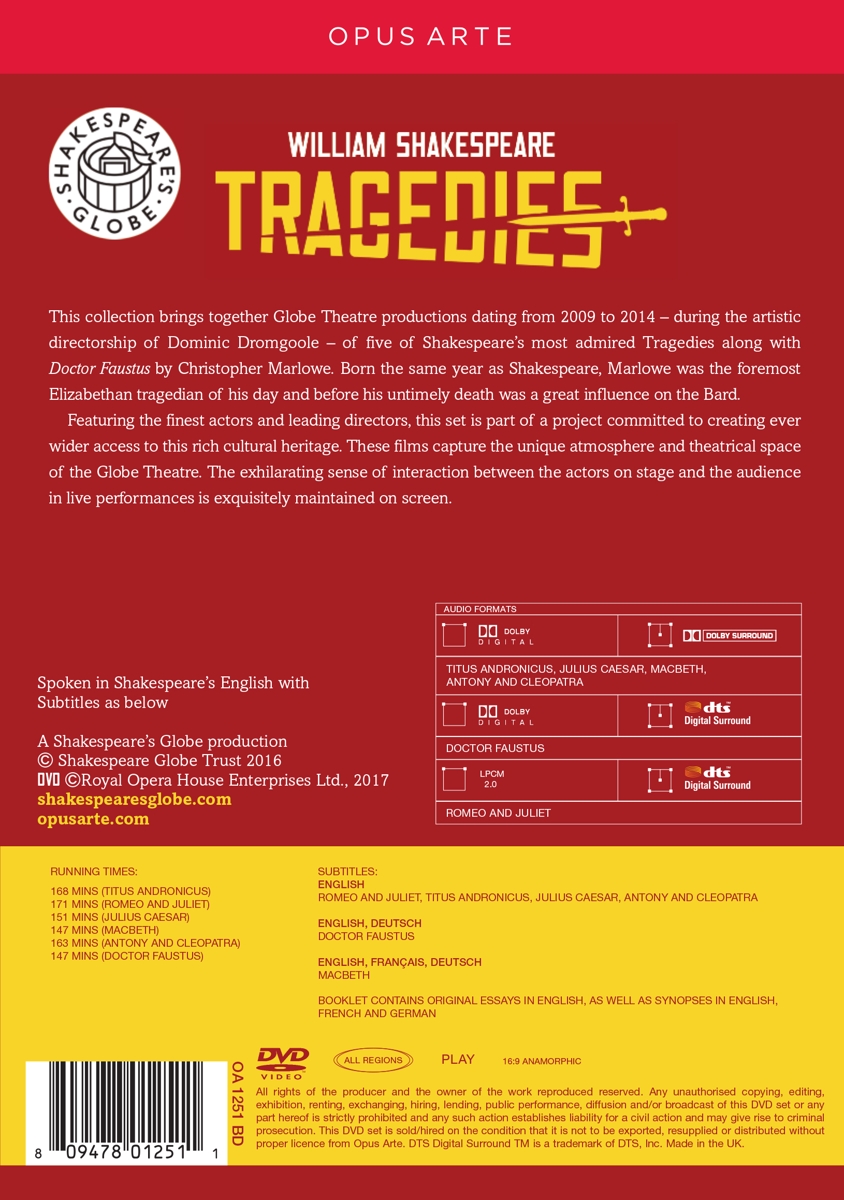 This collection brings together Globe Theatre productions dating from 2009 to 2014 - during the artistic directorship of Dominic Dromgoole - of five of Shakespeare’s most admired Tragedies along with Doctor Faustus by Christopher Marlowe. Born the same year as Shakespeare, Marlowe was the foremost Elizabethan tragedian of his day and before his untimely death was a great influence on the Bard.
Featuring the finest actors and leading directors, this set is part of a project committed to creating ever wider access to this rich cultural heritage. These films capture the unique atmosphere and theatrical space of the Globe Theatre. The exhilarating sense of interaction between the actors on stage and the audience in live performances is exquisitely maintained on screen.