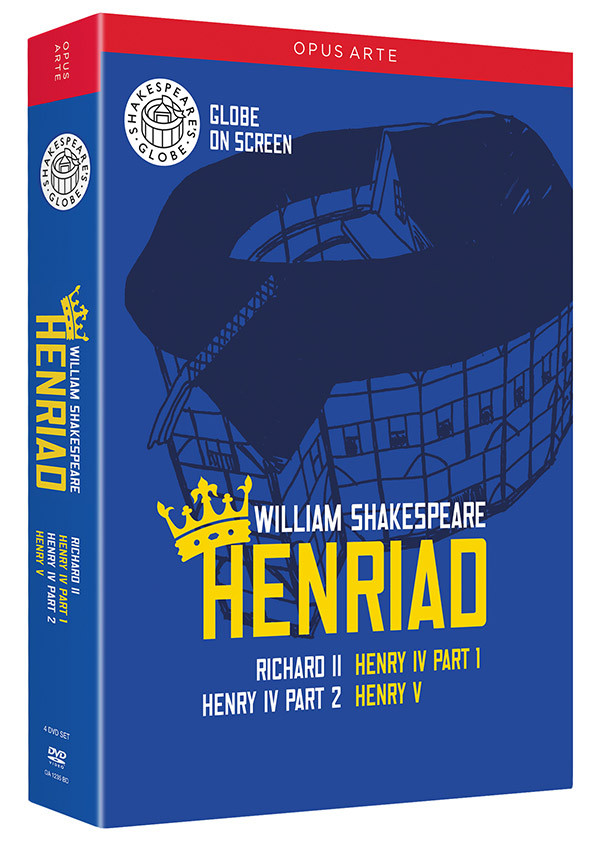 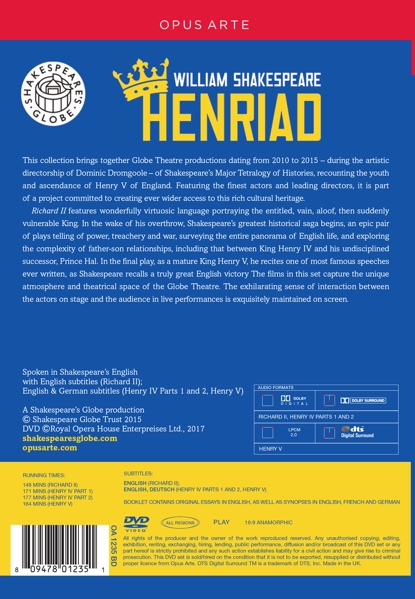 This collection brings together Globe Theatre productions dating from 2010 to 2015 - during the artistic directorship of Dominic Dromgoole - of Shakespeare’s Major Tetralogy of Histories, recounting the youth and ascendance of Henry V of England. Featuring the finest actors and leading directors, it is part of a project committed to creating ever wider access to this rich cultural heritage.
Richard II features wonderfully virtuosic language portraying the entitled, vain, aloof, then suddenly vulnerable King. In the wake of his overthrow, Shakespeare’s greatest historical saga begins, an epic pair of plays telling of power, treachery and war, surveying the entire panorama of English life, and exploring the complexity of father-son relationships, including that between King Henry IV and his undisciplined successor, Prince Hal. In the final play, as a mature King Henry V, he recites one of most famous speeches ever written, as Shakespeare recalls a truly great English victory. The films in this set capture the unique atmosphere and theatrical space of the Globe Theatre. The exhilarating sense of interaction between the actors on stage and the audience in live performances is exquisitely maintained on screen.