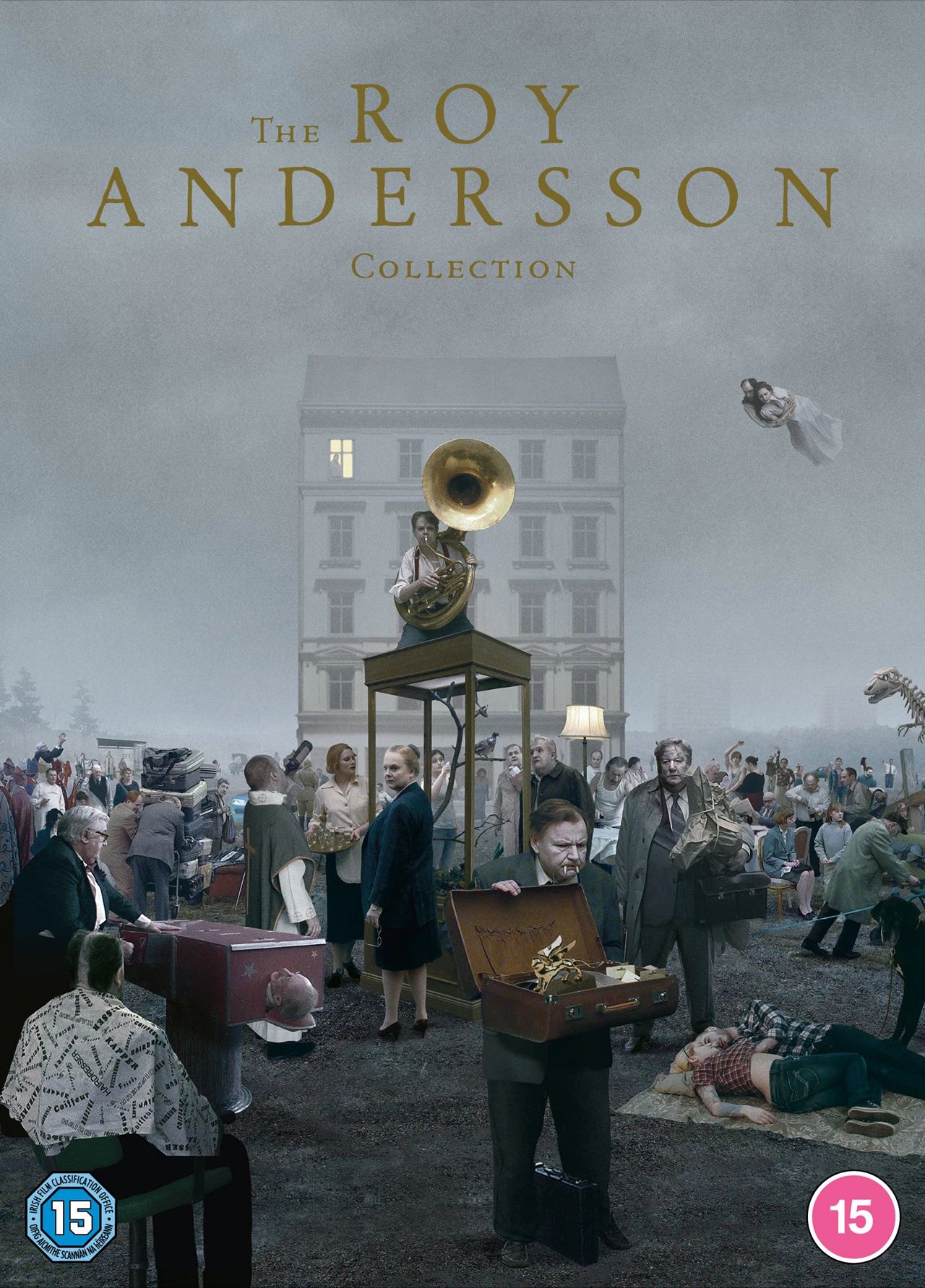 Collection of five existential comedy dramas from Swedish director Roy Andersson and a documentary focusing on his life's work.

'A Swedish Love Story' (1970) charts the relationship that develops between Stockholm teenagers Annika (Ann-Sofie Kylin) and Par (Rolf Sohlman) after meeting at a family gathering in the countryside at the height of summer. The two youngsters carve out their own passion-infused reality, oblivious to the disillusionment and social tensions of the world around them.

In 'Songs from the Second Floor' (2000) a man burns down his furniture store, a huge traffic jam clogs the city's streets, hordes of people arrive at the airport with their possessions piled high on luggage trolleys and respectable businessmen congregate to sacrifice a young girl.

Proceeding from one absurd scenario to the next, the vision of a society coming apart at the seams follows a selection of characters searching for meaning in their lives. 'You, the Living' (2007) explores the grandeur of existence in 50 surreal short sketches.

Following a group including a teacher, carpenter, thief and psychiatrist the story explores the humanity and common threads that link their everyday lives. 'A Pigeon Sat On a Branch Reflecting On Existence' (2014) consists of 12 self-contained vignettes and follows characters including Jonathan (Holger Andersson) and Sam (Nils Wesblom), two travelling salesmen who make a living selling joke products.

Their stock is limited, however, as they only have three lacklustre items for sale: vampire teeth, canned laughter and a rubber mask, which they take from shop to shop whilst struggling to obtain orders.

Meanwhile, King Karl XII of Sweden (Viktor Gyllenberg) rides into a bar to procure the barman's services in the war against Russia. 'About Endlessness' (2019), comprised of a series of vignettes, follows characters including a couple flying over the ruins of Cologne, a middle-aged Catholic priest experiencing a crisis of faith, Hitler in his final days, soldiers being marched to a prisoner-of war-camp and a father and daughter going to a birthday party.

Finally, 'Being a Human Person' (2020) explores Andersson's life and work as he wraps production on his final feature, 'About Endlessness' (2019).

Aged 76, Andersson reflects on his life and the themes explored in his work, while his frequent collaborators provide an insight into his idiosyncratic working methods.