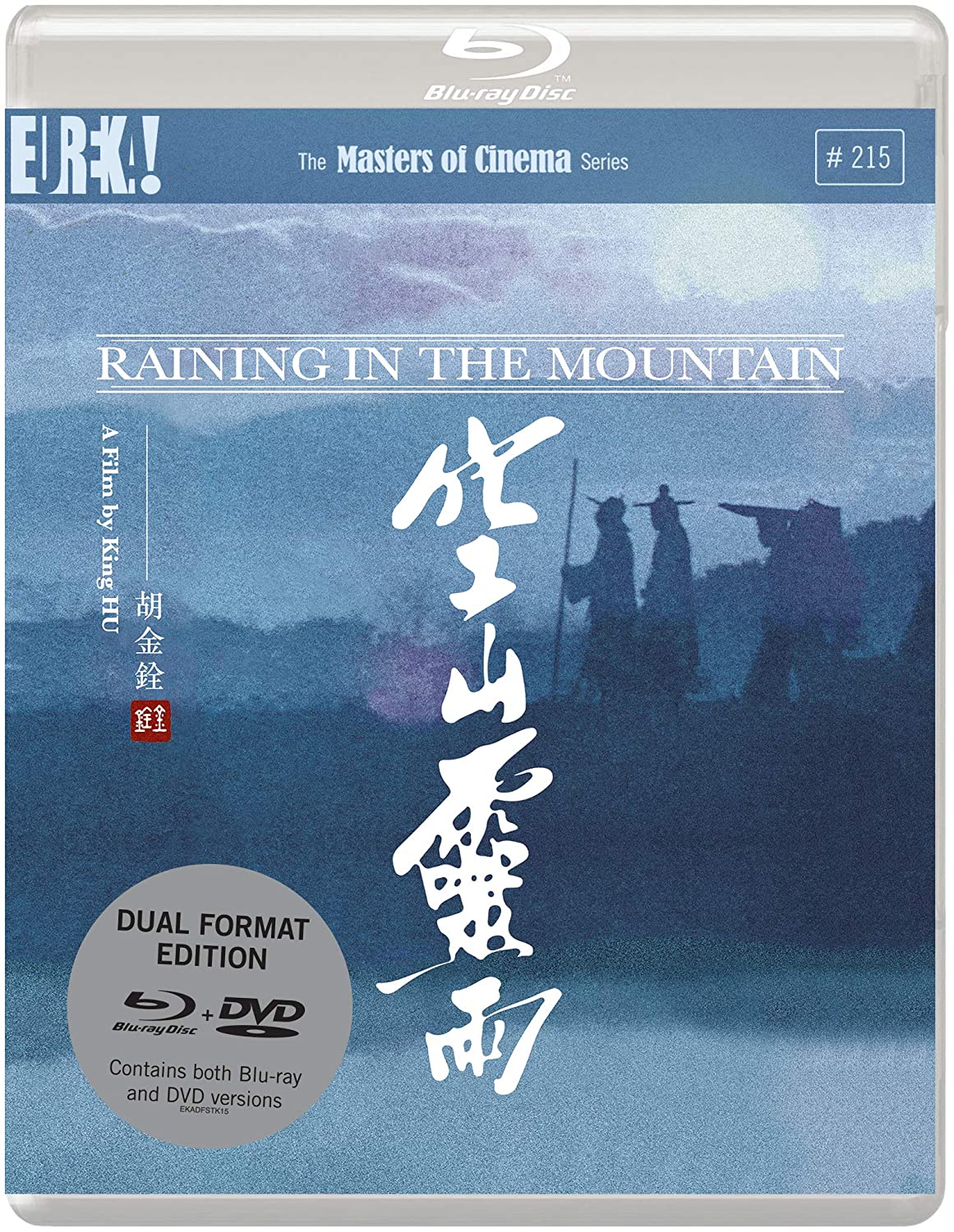 Set in a remote Buddhist monastery in 16th Century China, Raining in the Mountain deals with a power struggle that ensues when the Abbot of the Three Treasures Temple announces his imminent retirement.

The ageing Abbot invites three outsiders to advise him on the critical choice of appointing his successor: Esquire Wen, a wealthy patron of the monastery, General Wang, commander-in-chief of the local military, and Wu Wai, a respected lay Buddhist master. Within the monastery, several disciples aspiring to the position begin to collude individually with Esquire Wen and General Wang. But these two invited advisers have come with seditious intent, scheming to obtain the priceless scroll housed in the monastery: the scriptural text of “The Mahayana Sutra,” hand-copied by Tripitaka. Meanwhile, convicted criminal Chiu Ming has arrived at the monastery to atone as a monk. He is assigned to safeguard the scroll at the house of scriptures, and encounters thieving rivals White Fox who poses as Esquire Wen’s concubine and General Wang’s fearsome Lieutenant Chang, who originally framed Chiu Ming for the crime he did not commit.

Selected as one of the Best 100 Chinese Motion Pictures by the Hong Kong Film Awards in 2005, The Masters of Cinema Series is proud to present King Hu’s Raining in the Mountain on Blu-ray and DVD for the first time in the UK, from a new 2K restoration completed in 2018 by the Taiwan Film Institute.