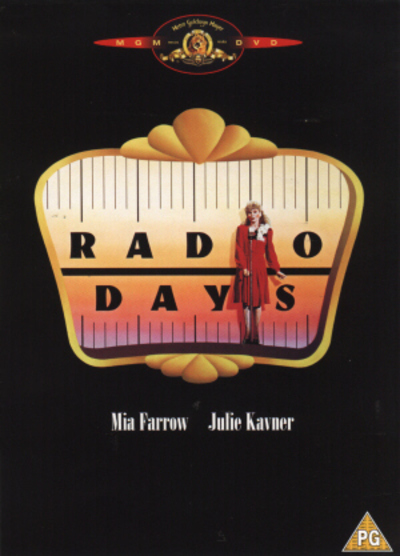 Im Bann des Jade Skorpions (Blu-ray)
Blu-ray Disc
EUR 10,49*
Woody Allen writes and directs this comedy consisting of a series of vignettes depicting life in 1940s New York, a time of recession in which the radio played an important role in people's lives.

Focusing on one chaotic working class family in Queens, the film contrasts their struggles with the lives of the radio stars who live and work in the glitz and glamour of Manhattan.

Woody Allen grew up during the golden age of American radio, and this tapestry of heartwarming and hilarious vignettes is one of his most richly nostalgic films, its reconstruction of the late 1930s and early 1940s earning an Oscar nomination for its art direction.

Gripped by wild radio stories about bloody wars and beautiful celebrities, ten-year-old Joe Needleman (Seth Green) longs for adventure and dreams of spotting his first enemy spy, German submarine, or even his sexy substitute teacher as he’s always imagined her. Meanwhile, his various family members have their own radio favourites, fantasies fuelled by hard-working actors with lives, careers and concerns of their own, especially about whether the medium has a long-term future.

In his rave review, Roger Ebert described Radio Days as “so ambitious and so audacious that it almost defies description. It’s a kaleidoscope of dozens of characters, settings and scenes, and it’s inexhaustible, spinning out one delight after another.” It’s also crammed with countless actors familiar from earlier Woody Allen films, piling nostalgia upon nostalgia in one of the loveliest films he ever made.