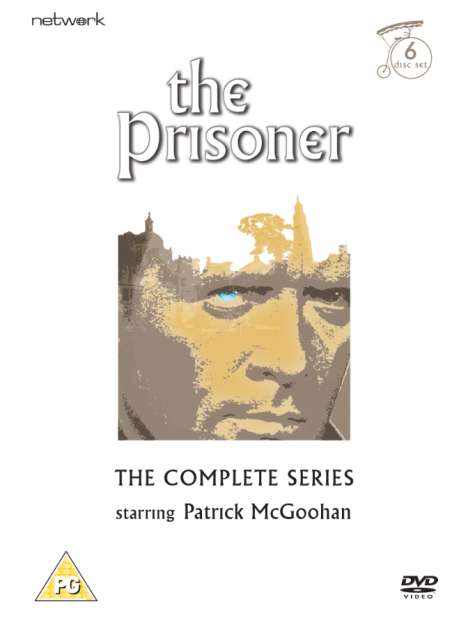 Five decades on from its first UK broadcast, The Prisoner remains as fresh and dynamic as when it was first unleashed upon an unsuspecting world in 1967.

This set presents the complete series, stunningly restored, together with a wealth of special features.

THE SERIES
All 17 episodes, presented with text commentaries on each episode, detailing the production history.

IN MY MIND
A feature length documentary in which director Chris Rodley recalls his 1983 efforts to interview Patrick McGoohan for a Channel 4 documentary. The film features interviews with Catherine McGoohan, rare archive footage and never-before-seen interview sessions with McGoohan himself.

MANY HAPPY RETURNS
A short revisiting the original locations used in the Prisoner.

THE PRISONER PUZZLE
In a rare appearance to talk about the series, Patrick McGoohan is interviewed by Warner Troyer in an exclusive programme for TV-Ontario from 1977.

CATHERINE McGOOHAN
Reflects on her father’s work and legacy.

PORTMEIRION 1939
Recently-discovered 16mm Kodachrome amateur footage of Portmeirion showing the early days of its development circa 1939.

PATHE NEWS: BEAUTY AND THE BEAST
Pathe News' initial visit to Portmeirion in 1939 presents the first opportunity to give the village mass exposure via Britain's cinema screens.

PATHE NEWS: ITALY IN WALES
Pathe News returns to Portmeirion in 1962, this time in Technicolor.

LESLIE GILLIAT RECCE 35MM TRANSPARENCIES
Producer Leslie Gilliat was assigned to The Prisoner in the early stages of the project and visited Portmeirion in 1966 to photograph the village. These 35mm transparencies are the results of that recce and present some initial ideas for the buildings' use in the series.

TRIMS
A selection of trims from Arrival, Many Happy Returns, The Chimes of Big Ben and The Girl Who Was Death.

RADIO ON
Radio 1 DJ Simon Bates was given a rare opportunity to interview Patrick McGoohan when he visited the NEC in Birmingham to be presented with a Caterham Super 7.

PATRICK MCGOOHAN 1983
An outtake from one of Chris Rodley's full interview sessions with Patrick McGoohan for the original Six Into One – The Prisoner File documentary.