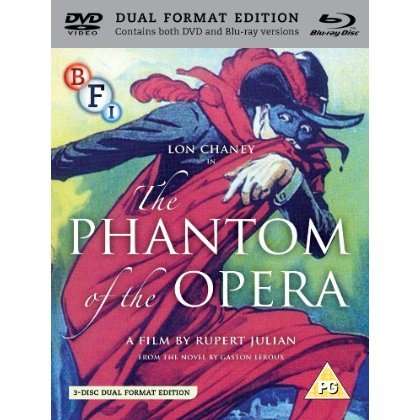 Lon Chaney, ‘the man of a thousand faces’, gives his most famous performance in this first version of the oft-filmed tale. Based on Gaston Leroux's novel, Chaney stars as the Phantom, living in the catacombs beneath the Paris Opera, who falls in love with the voice of a young opera singer. Infatuated, he kidnaps her, dragging her to the depths below where she will sing only for him.

Directed by Rupert Julian, this lavish 1925 production launched the Hollywood Gothic style – which would become the trademark of Universal horror films.

Original prints of the film were fully tinted, with some sequences in Technicolor, and a rooftop scene using a special process that enabled the Phantom's cloak to show red against the blue night sky. This Photoplay restoration carefully reinstates all these effects, and is accompanied by Carl Davis’ celebrated score, which draws heavily on Gounod’s Faust, the opera performed in the film.