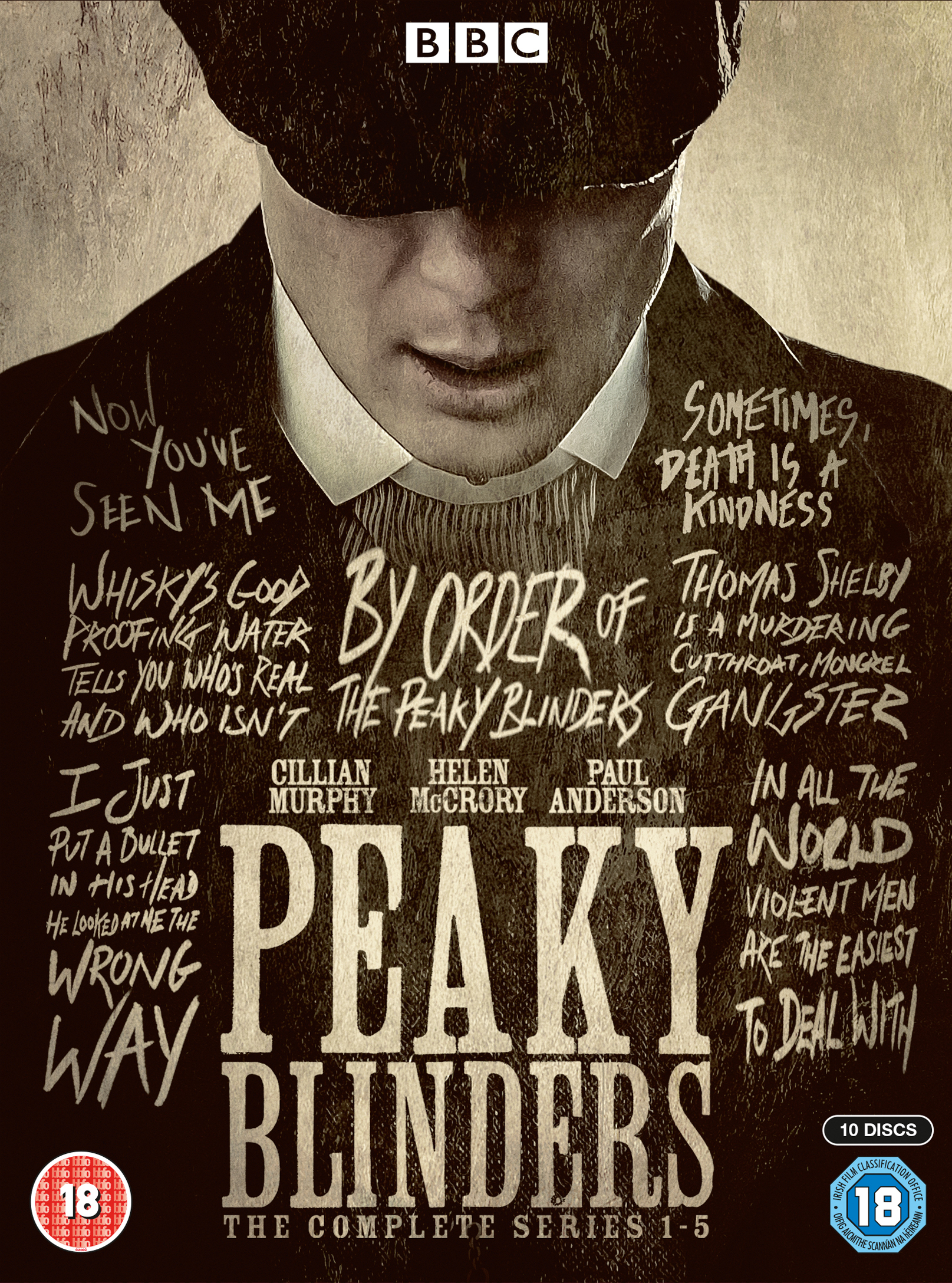 All 30 episodes from the first five series of the BBC crime drama following the lives of a gangland family living in Birmingham in the early 1920s. Named after their practise of sewing razor blades into the peaks of their caps, the notorious 'Peaky Blinders' gang is one of the city's most feared, with interests in illegal betting, protection and the black market. Former war hero and brains behind the operation Tommy Shelby (Cillian Murphy), however, is eager to safeguard his family's success by expanding and legitimising the business but faces many obstacles in doing so. The cast also includes Sam Neill, Annabelle Wallis, Tom Hardy and Helen McCrory.