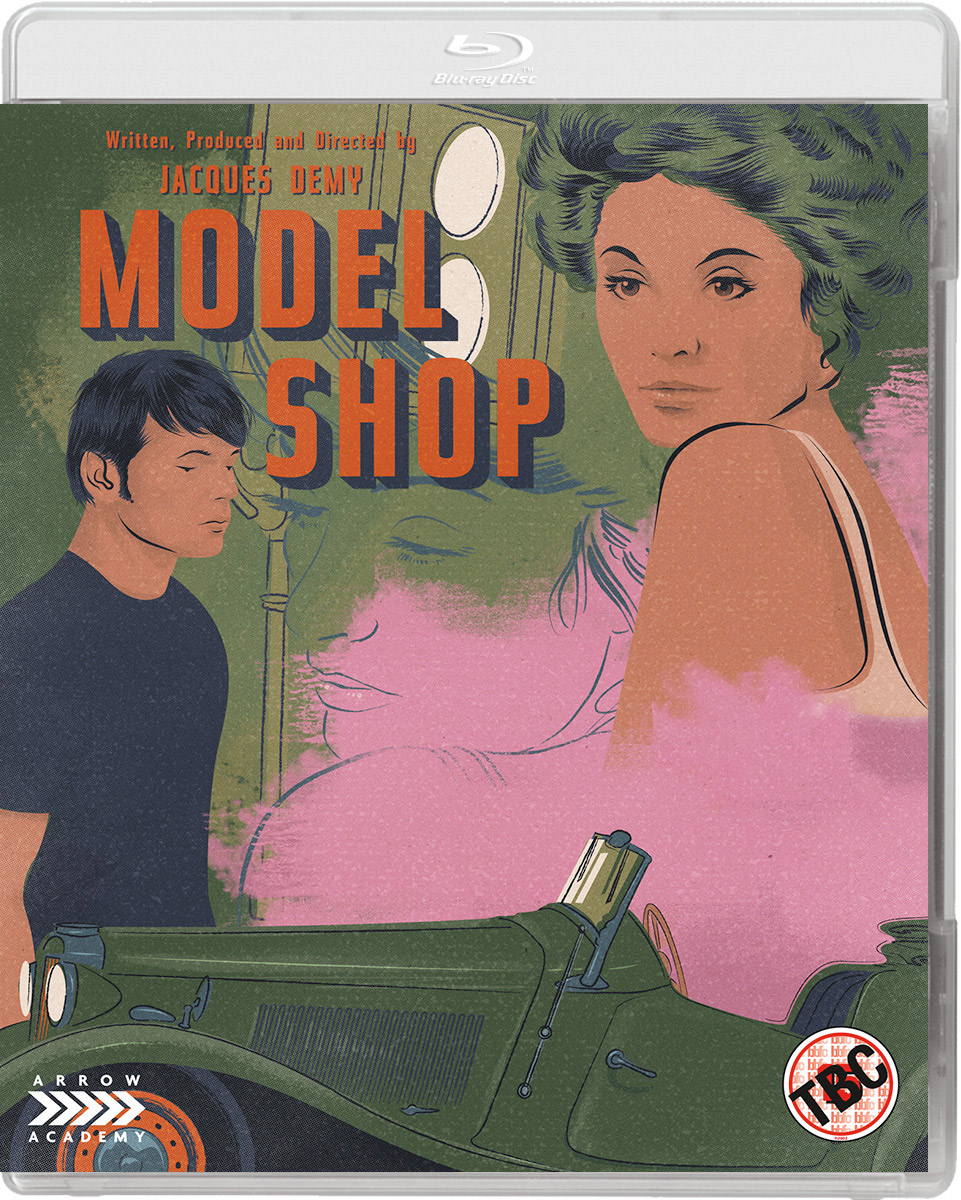 Two lovers from very different walks of life collide in Model Shop, the first film by French New Wave luminary Jacques Demy (Bay of Angels, The Umbrellas of Cherbourg) to be shot in the United States and a zeitgeist-capturing portrait of the late 1960s.
Los Angeles architect George Matthews (Gary Lockwood, 2001: A Space Odyssey) is down on his luck. Unemployed, broke and facing imminent deployment to Vietnam, he suddenly and unexpectedly finds himself transfixed by the captivating Lola (Anouk Aimée, reprising her eponymous role from Demy’s 1961 film), a pin-up who works in a low rent “model shop” specialising in erotic photographs. After spending his last $12 to photograph her, George realises they are kindred spirits, both adrift and without hope in the City of Angels, and, during a night of drinking and lovemaking at Lola’s apartment, he forges a connection with the damaged woman that will have lasting consequences for them both…
Dismissed as a minor entry in Demy’s canon at the time of its original release, Model Shop later made Sight & Sound’s list of “hidden gems” that had been unduly overlooked. Replete with Demy’s sharp-eyed observations on the human condition and showcasing a masterfully realised sense of both time and place, Demy’s American debut is a dreamy, devastating love story about a city and characters at a crossroads between the past and the future.

High Definition Blu-ray™ (1080p) presentation of a 2K restoration of the film
Original lossless mono soundtrack
Optional English subtitles for the deaf and hard of hearing
Isolated music and effects track
New audio commentary by actress and writer Illeana Douglas, author of I Blame Dennis Hopper: And Other Stories from a Life Lived In and Out of the Movies
A City Full of Poetry, a new video appreciation by author and critic Philip Kemp
Alternate French-language opening and closing titles
Theatrical trailer • TV spots
Reversible sleeve featuring original and newly commissioned artwork by Ignatius Fitzpatrick
Illustrated collector’s booklet featuring new writing on the film by Neil Mitchell