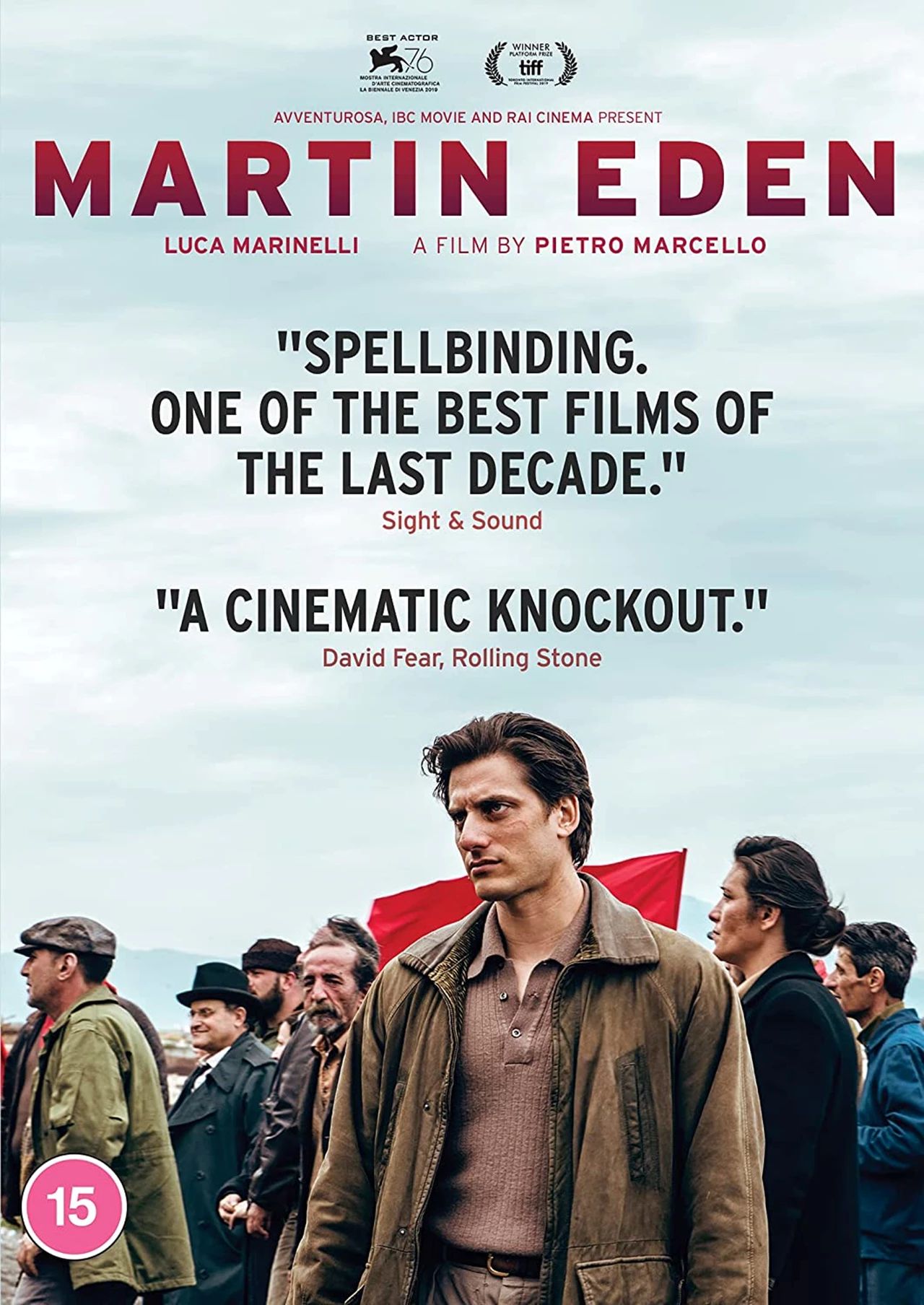 Luca Marinelli stars in the title role of this drama based on Jack London's novel. In 20th-century Naples, Martin Eden is a young sailor who falls in love with aristocrat Elena Orsini (Jessica Cressy) after saving her brother from a beating. She inspires him to educate himself and he ultimately decides he wants to become a writer. He pursues his dream despite constant rejection, but his lack of money and lowly class status cause his relationship with Elena to deteriorate before he attains success.