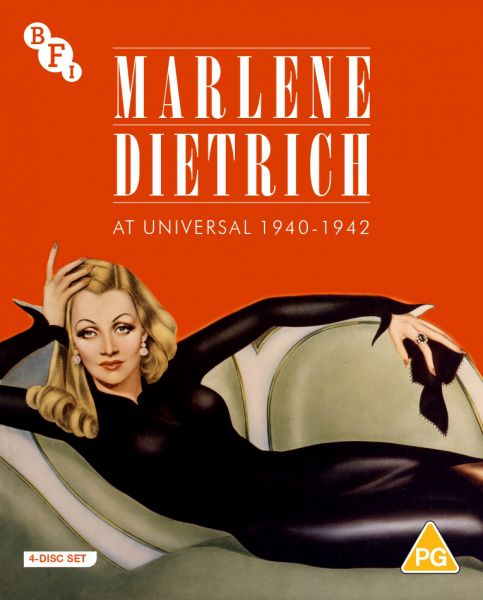 All produced by Universal in the early 1940s, the set showcases Dietrich’s alluring and enduring persona; the epitome of big screen glamour and sensuousness.