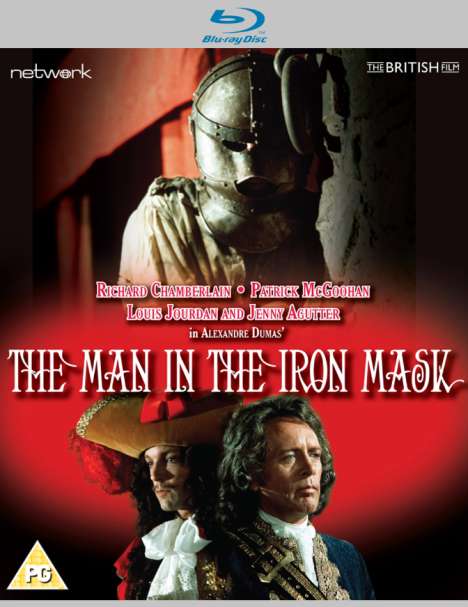 Following the success of The Count of Monte-Cristo, Richard Chamberlain once again stars in a thrilling adaptation of another classic tale from Alexandre Dumas. Directed by Mike Newell and showcasing a memorable performance from co-star Patrick McGoohan, The Man in the Iron Mask also features Louis Jourdan, Jenny Agutter, Ian Holm and Ralph Richardson. It is presented here as a transfer from original film elements in a widescreen theatrical aspect ratio.
Abducted and imprisoned, Phillipe is unaware that he's the rightful heir to the throne of France. While Phillipe was spirited away at birth by the treacherous and manipulative Fouquet, his twin brother Louis has grown into an easily manipulated spendthrift who is unconcerned for the welfare of his country. Phillipe's freedom now depends on the skill and bravery of the Captain of Musketeers – the legendary D'Artagnan!