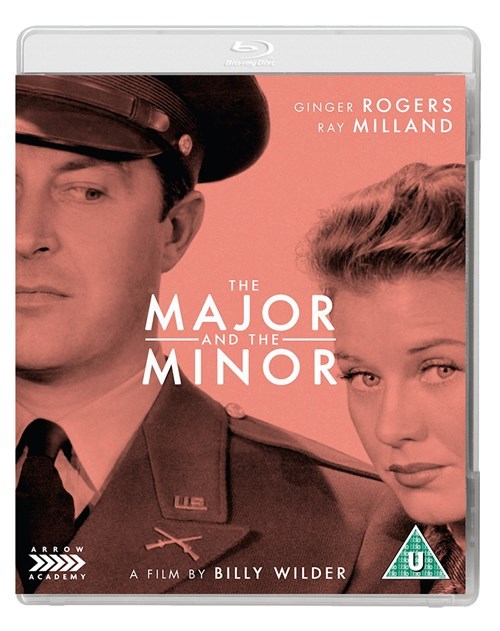 From one of Hollywood’s most acclaimed auteurs, Billy Wilder (Double Indemnity, Sunset Boulevard), comes the charming comedy classic The Major and the Minor.
Legendary actress and dancer Ginger Rogers (Monkey Business) stars as Susan Applegate, a struggling young woman who pretends to be an 11-year old girl in order to buy a half-price train ticket. Fleeing the conductors, she hides in the compartment of Major Philip Kirby (Ray Milland, The Big Clock, The Pyjama Girl Case). The Major believes Susan is a child and takes her under his wing, but when they arrive at the military academy where Kirby teaches, his fiancée (Rita Johnson) grows suspicious of Susan's ruse...
Co-written by Wilder and Charles Brackett (Hold Back the Dawn), The Major and the Minor assumes the guise of a light romance narrative in order to cleverly explore themes of identity and deception. Wilder’s American debut is presented here for the first time in stunning High Definition, with a selection of illuminating extras.