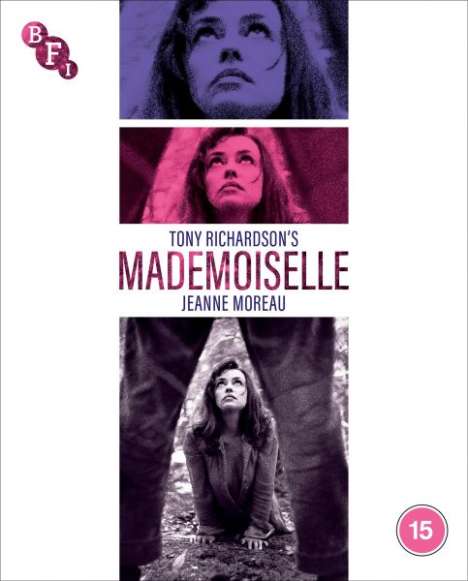 Directed by Tony Richardson (Tom Jones) and featuring a powerful central performance from Moreau, Mademoiselle is a mesmerising psychological drama – an artistic and disturbing exploration of the darkest of carnal desires.