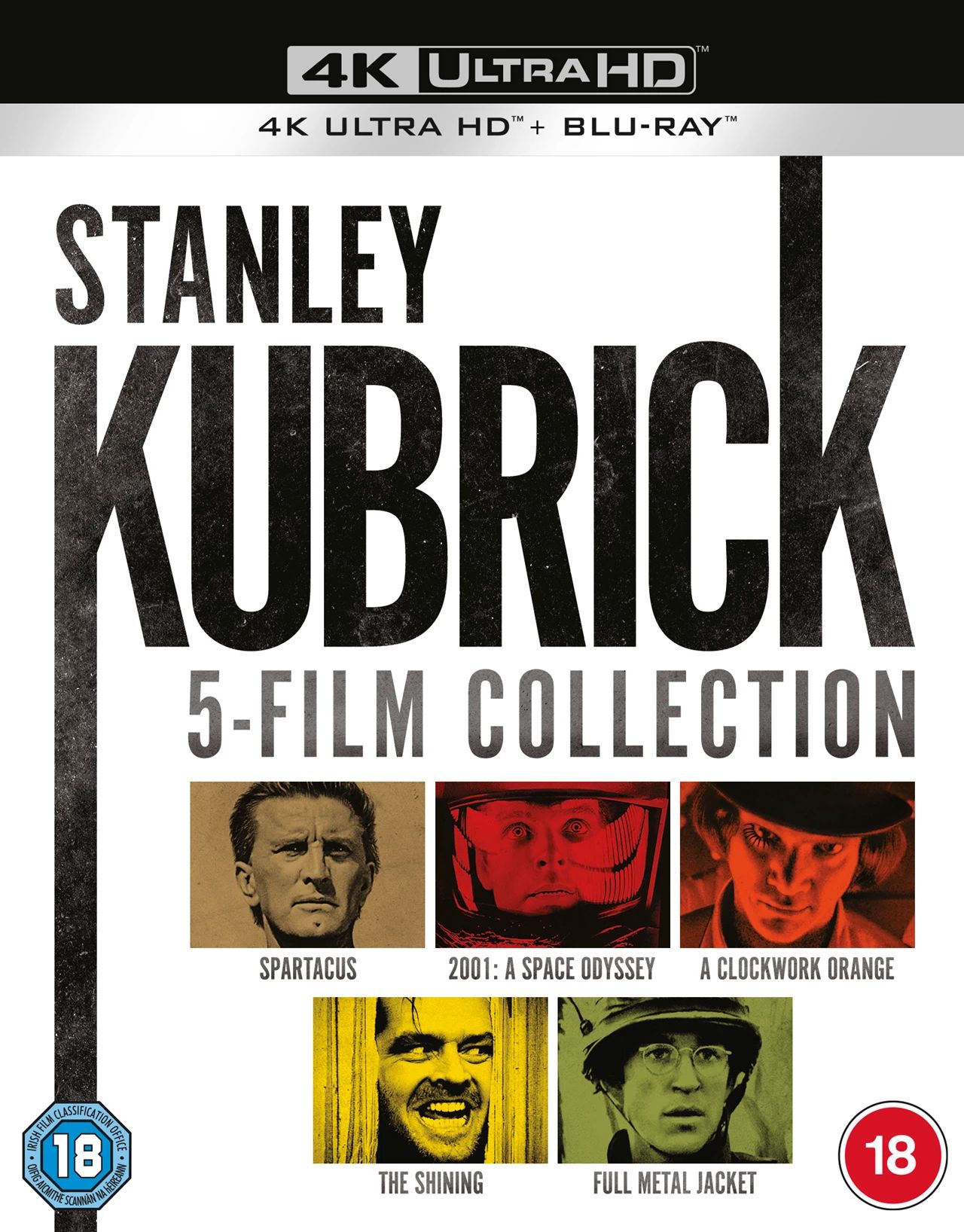 'Spartacus' (1960) concerns the efforts of the slave-gladiator Spartacus (Kirk Douglas) to lead the slaves of the Roman Empire in a rebellion against their masters. The ranks quickly swell as the slave army makes its way across Italy towards the coast. However, the despotic Roman senator Crassus (Laurence Olivier) determines to quell the revolt for his own selfish ends, and the stage is thus set for a tremendous battle. Extended Version with 12 Additional Minutes

In '2001 - A Space Odyssey' (1968), at the dawn of mankind, a tribe of ape-like beings are visited on Earth by a large black monolith. Thousands of years later, in the year 2001, scientist Dr Heywood Floyd (William Sylvester) discovers a similar black monolith on the moon, which then emits a signal aimed at the planet Jupiter. A year later, astronauts Dr David Bowman (Keir Dullea) and Dr Frank Poole (Gary Lockwood) are en route to Jupiter to investigate the signal's destination and purpose. However, their mission comes under threat when their ship's sentient computer, HAL (voice of Douglas Rain), seemingly develops a malfunction.

'A Clockwork Orange' (1971) follows sadistic punk Alex (Malcolm McDowell) as he takes his gang on a rape and murder spree, showing absolutely no mercy to any of his victims. When he is eventually captured, the authorities subject him to a series of experiments designed to rid him of his violent tendencies.

In 'The Shining' (1980), seeking solitude in order to write a novel, Jack Torrance (Jack Nicholson) takes a job as an off-season caretaker at the remote Overlook Hotel in Colorado. Eager to get started, Jack disregards warnings that the isolation drove a former caretaker mad, and moves into the massive resort with his wife Wendy (Shelley Duvall) and son Danny (Danny Lloyd). But Danny has a supernatural gift which makes him aware of an evil lurking in the hotel, and sure enough, as winter storms cut the hotel off from civilisation, Jack gradually becomes murderously insane.

Finally, 'Full Metal Jacket' (1987) details the dehumanising effect of military combat, as experienced by a bunch of Vietnam conscripts under the training of the sadistic Gunnery Sergeant Hartman (R. Lee Ermey) and follows one of the recruits, Joker (Matthew Modine), onto the battlefield as he is thrown into the war at the height of the Tet Offensive.