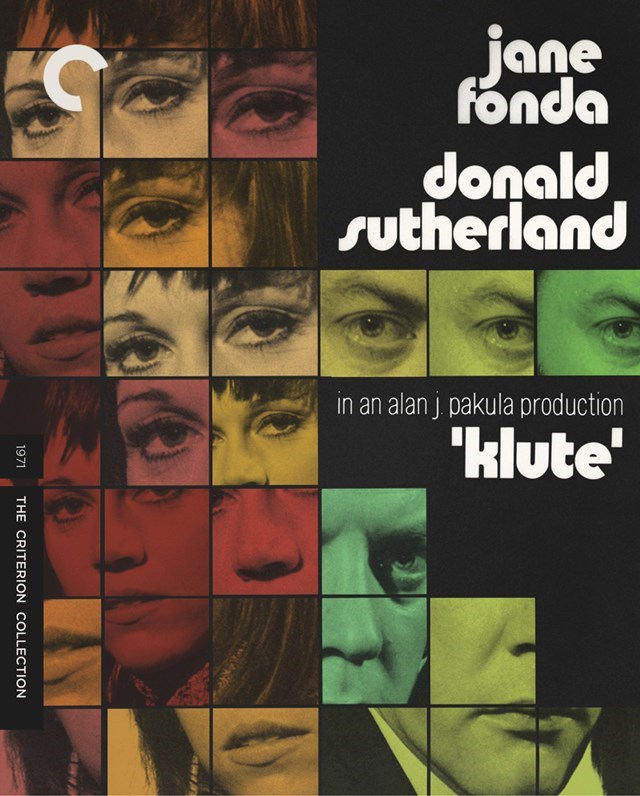 With her Oscar-winning turn in Klute, Jane Fonda reinvented herself as a new kind of movie star. Bringing nervy audacity and counterculture style to the role of Bree Daniels—a call girl and aspiring actor who becomes the focal point of a missing-person investigation when detective John Klute (Donald Sutherland) turns up at her door—Fonda made the film her own, putting an independent woman and escort on-screen with a frankness that had not yet been attempted in Hollywood. Suffused with paranoia by the conspiracy-thriller specialist Alan J. Pakula, and lensed by master cinematographer Gordon Willis, Klute is a character study thick with dread, capturing the mood of early-1970s New York and the predicament of a woman trying to find her own way on the fringes of society.

New, restored 4K digital transfer, supervised by camera operator Michael Chapman, with uncompressed monaural soundtrack on the Blu-ray
New interview with actor Jane Fonda, conducted by actor Illeana Douglas
New program about Klute and director Alan J. Pakula by filmmaker Matthew Miele, featuring interviews with film scholar Annette Insdorf, filmmaker Steven Soderbergh, and actor Charles Cioffi, along with archival interviews with Pakula
The Look of “Klute,” a new interview with writer Amy Fine Collins
Archival interviews with Pakula and Fonda
“Klute” in New York, a short documentary made during the shooting of the film PLUS: An essay by critic Mark Harris and excerpts from a 1972 interview with Pakula