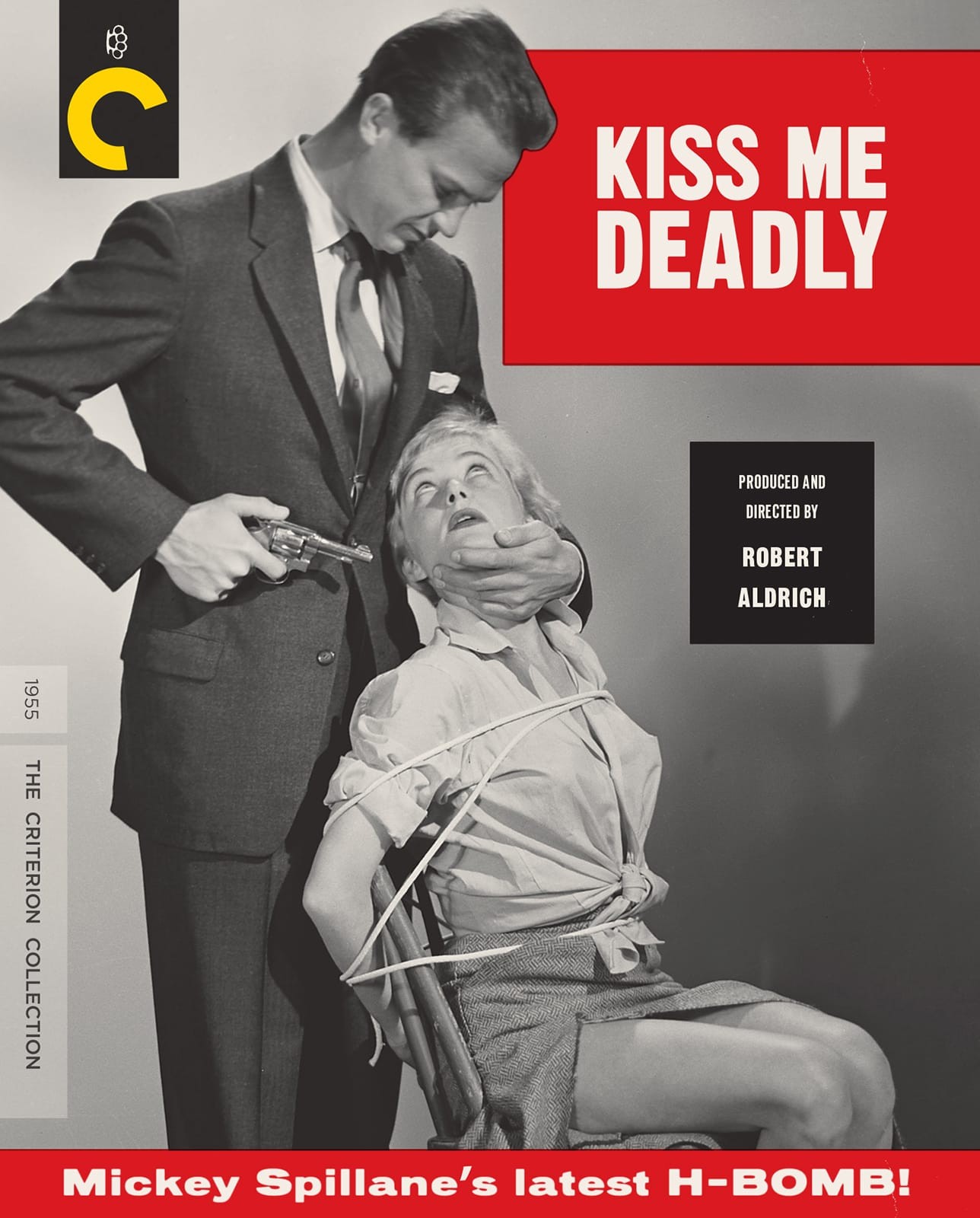 Vor uns die Hölle (Blu-ray)
Blu-ray Disc
EUR 14,99*
In this atomic adaptation of Mickey Spillane’s novel, directed by Robert Aldrich, the good manners of the 1950s are blown to smithereens. Ralph Meeker stars as snarling private dick Mike Hammer, whose decision one dark, lonely night to pick up a hitchhiking woman sends him down some terrifying byways. Brazen and bleak, Kiss Me Deadly is a film noir masterwork as well as an essential piece of cold war paranoia, and it features as nervy an ending as has ever been seen in American cinema.

New high-definition restoration, with uncompressed monaural soundtrack on the Blu-ray edition
Audio commentary by film noir specialists Alain Silver and James Ursini New video tribute from director Alex Cox
Excerpts from The Long Haul of A. I. Bezzerides, a 2005 documentary on the Kiss Me Deadly screenwriter
Mike Hammer’s Mickey Spillane, a 1998 documentary about the life and work of the author
Video pieces on the film’s locations
Controversial altered ending
Theatrical trailer
PLUS: A booklet featuring a new essay by critic J. Hoberman and a 1955 reprint by director Robert Aldrich