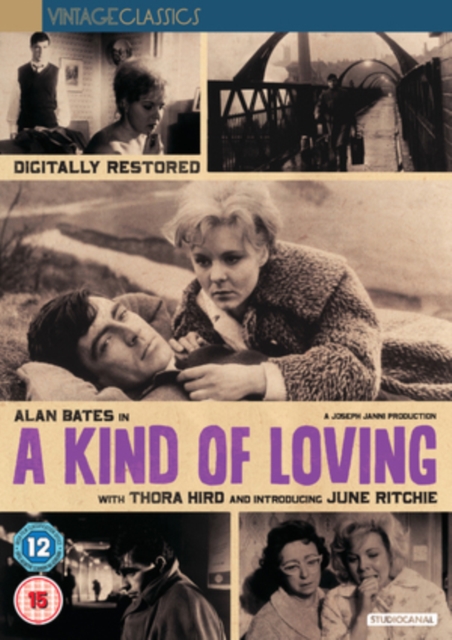 Highly-acclaimed star Alan Bates (The Go-Between, Gosford Park) has the starring role of Vic Brown, a young draughtsman whose search for love leads to Ingrid Rothwell, an employee in the company. Ingrid, played by June Ritchie making her screen debut, falls in love with Vic, only to find herself pregnant, and Vic regretfully marries her.
Her miscarriage leaves Vic with the bitter thought ‘I didn’t have to marry her’ and lashed by the acid-tongued remarks of a sour mother-in-law (Thora Hird) Vic runs away…