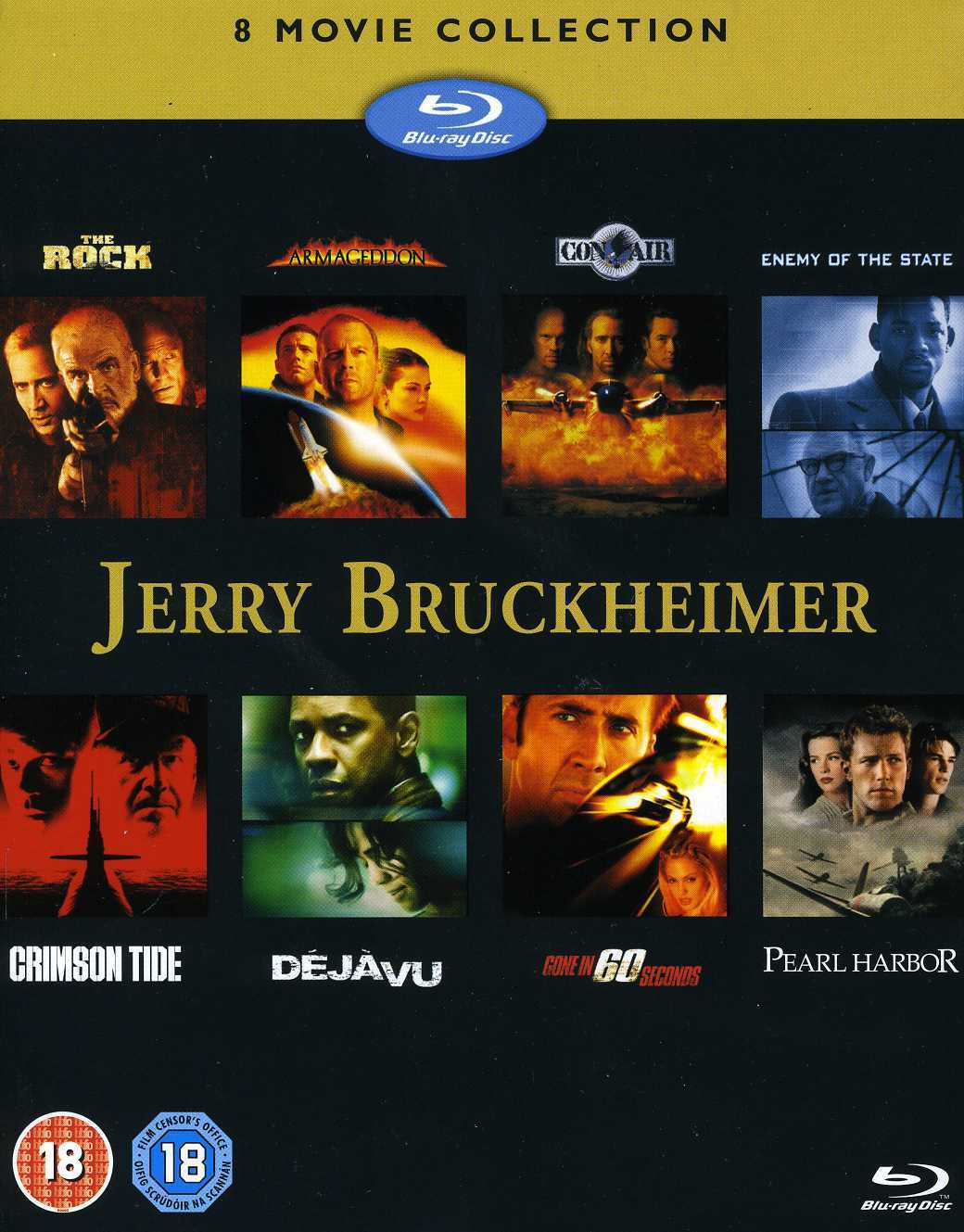 In 'The Rock' (1996), the safety of San Francisco hangs in the balance when General Francis X. Hummel (Ed Harris) and his renegade squad of US Marines take over the abandoned Alcatraz prison and threaten to launch a poison gas attack on the city if their demands are not met. The FBI's response is to call in Stanley Goodspeed (Nicolas Cage), a nerdy weapons expert, and John Patrick Mason (Sean Connery), a former SAS man who has been in jail for the last 30 years, and send them together into the prison complex. Can this unlikely pairing prevent mass murder?

In 'Armageddon' (1998), planet Earth comes under threat from an asteroid the size of Texas. NASA's attempt to avert global catastrophe involves sending a motley crew of oil drillers, led by Harry Stamper (Bruce Willis), into space, where they will drop a nuclear bomb into the asteroid's core. Amongst Stamper's team is A.J. (Ben Affleck), the headstrong suitor of his daughter (Liv Tyler), who waits on Earth alongside NASA chief Dan Truman (Billy Bob Thornton) for news of the mission's success.

In 'Con Air' (1997), former Army Ranger Cameron Poe (Cage) is returning home on parole to his wife and child after serving eight years for manslaughter. The plane he is flying on is a special convict-only transport aircraft filled with some of the meanest and deadliest villains of them all. Once in the air the plane is hijacked by convict Cyrus 'The Virus' Grissom (John Malkovich), who gets rid of the crew of prison guards at the first scheduled stop, picking up more convicts as he does so. But US Marshal Vince Larkin (John Cusack) is already on his trail. Poe does his best to stop Grissom from escaping with the group of convicts, and just to complicate matters further his diabetic cellmate reveals that he will die if he does not receive his next insulin injection within two hours.

In 'Enemy of the State' (1998), the National Security Agency is a covert organisation whose secret activities are protected by a state-of-the-art surveillance network operated by a team of first-rank techno-boffins. When a videotape proving their involvement in a recent political assassination falls into the hands of Washington DA Robert Clayton Dean (Will Smith), the agency do everything they can to encourage Dean's silence. But Dean is determined to reveal the truth, and teaming up with veteran anti-establishment surveillance expert Edward Lyle (Gene Hackman), he decides to play the government spies at their own game.

In 'Crimson Tide' (1995), combat veteran Frank Ramsey (Hackman) and his second-in-command Ron Hunter (Denzel Washington) are the chief officers on board US nuclear submarine Crimson Tide. They are heading for Russia, ready to intervene in an escalating crisis which could result in the outbreak of World War III. When they then receive orders to launch their missiles, Ramsay and Hunter clash over the validity of the command and mutiny ensues.

In 'Deja Vu' (2006), when a ferry filled with crewmen from the USS Nimitz and their families is blown up in New Orleans, Federal Agent Doug Carlin (Washington) is brought in to help with the investigation. He becomes attached to an experimental FBI surveillance unit that uses spacefolding technology to look back a little over four days into the past. While tracking down the bomber Carlin gets an idea in his head: could they use the device to actually travel back in time and not only prevent the bombing but also the murder of a local woman whose truck was used in the atrocity?

In 'Gone in Sixty Seconds' (2000), legendary car thief Randall 'Memphis' Raines (Cage) is forced to come out of retirement when his brother Kip (Giovanni Ribisi) ends up in debt to a ruthless mobster. Charged with stealing fifty cars in three days, Randall sets about reassembling his old team - including former lover Sara 'Sway' Wayland (Angelina Jolie), mechanic Otto Halliwell (Robert Duvall) and the silent but strong Toby (Vinnie Jones) - but faces further challenges in the form of rival car thief Donny (Chi McBride) and local detective Roland Castlebeck (Delroy Lindo), who would love to put Randall behind bars once and for all.

In 'Pearl Harbor' (2001), Rafe McCawley (Affleck) is a gung-ho US pilot whose determination to fly against the enemy leads him to Europe and active service in the Battle of Britain. His girlfriend Evelyn (Kate Beckinsale) is left waiting at the Pearl Harbor naval base in Hawaii, and before long tragedy strikes, with the news reaching Evelyn that Rafe has flown off to the great aircraft hanger in the sky. Heartbroken, she is comforted by Rafe's best friend Danny (Josh Hartnett), and romance soon blooms between them. Meanwhile, the Japanese are preparing their forces for the attack which will trigger the US entry into World War II.