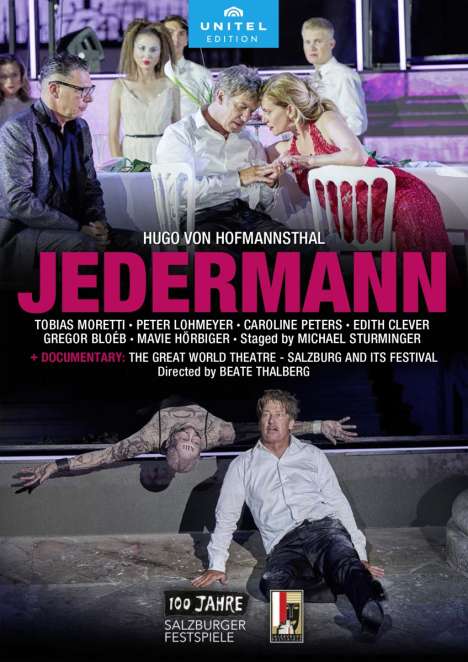 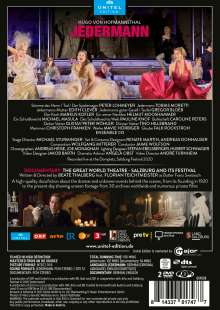 It is the centrepiece of the Salzburg Festival and an incontrovertible institution: For it’s 100th anniversary, the Salzburg Festival offered an opulent interpretation of Jedermann (Everyman) by Hofmannsthal. »Tobias Moretti plays with great commitment, Caroline Peters gives a brilliant performance« (Salzburger Nachrichten). On 22 August 1920, the first Salzburg Festival opened with Jedermann in a production by Festival founder Max Reinhardt against the breathtaking backdrop of the baroque Salzburg Cathedral. Since then, no other piece has more closely been connected with the 100-year history of the Festival than this play about the transience of the world, fame and money.

BONUS: Documentary: The Great World Theatre - Salzburg and it’s Festival A high-quality docufiction about the dramas and unknown events behind the scenes, from its founding in 1920 to the present day showing unseen footage from 30 archives worldwide and numerous private films.