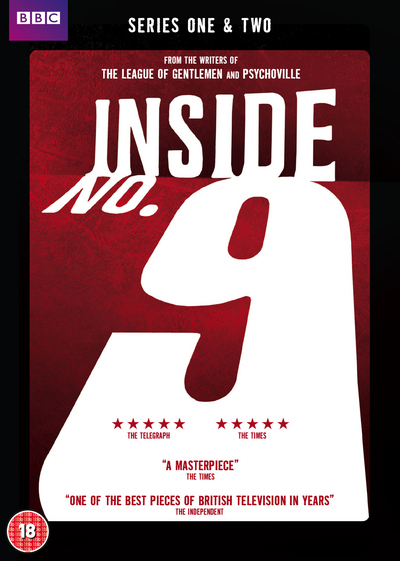 BBC comedy anthology series written by and starring 'League of Gentlemen' creators Reece Shearsmith and Steve Pemberton. Each episode is a stand-alone comedy set behind the doors of a different house number nine on a British street. The scenarios explored include an engagement party where the door to a disused room has been left unlocked, a fumbling burglary attempt, a babysitter's night of terror and the antics of staff at a volunteer call centre. Guest stars on the show include Jack Whitehall, Mark Benton, Julie Hesmondhalgh, Sheridan Smith, Helen McCrory, Gemma Arterton and Katherine Parkinson.