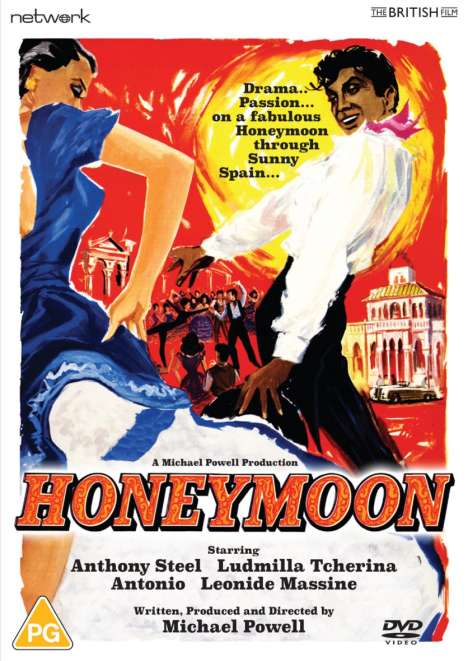 Featuring breathtakingly beautiful imagery of Spain, shot in Technicolor and Technirama by Oscar-winning cinematographer Georges Perinal, and ballet scores conducted by Sir Thomas Beecham, the film was released in Europe in 1959 as Luna de Miel and in Britain three years later as Honeymoon. It is presented here as a brand-new transfer from original film elements in its original theatrical aspect ratio.

Kit and Anna, a rich and happy couple, are touring sunny Spain in an open-top Bentley on their fabulous honeymoon. But Anna is a prima ballerina who has forgone her career for marriage – a situation that the fiery Spanish dancer Antonio finds intolerable!