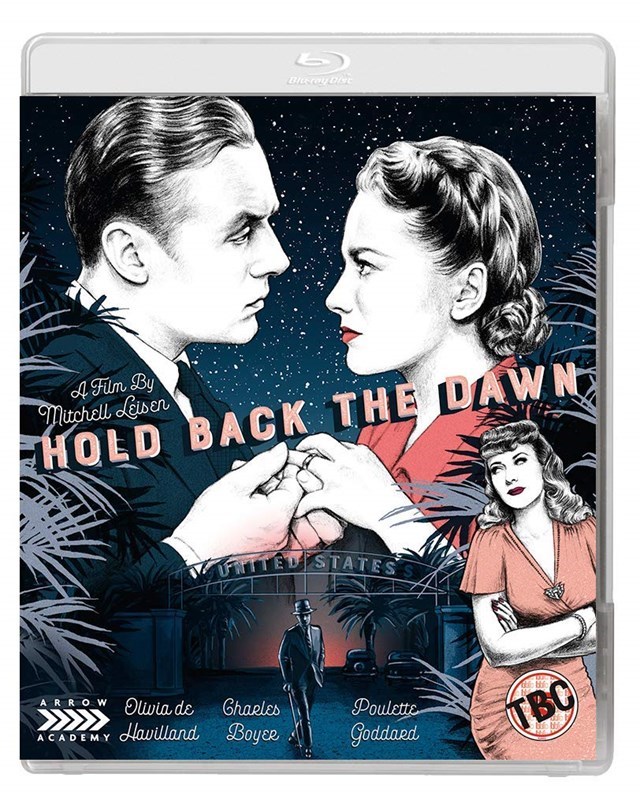 From one of the most underrated directors of Hollywood’s golden era, Mitchell Leisen (Remember the Night), comes the heart-rending romantic drama Hold Back the Dawn...

Charles Boyer (Gaslight) gives an enthralling performance as Georges Iscovescu, a Romanian-born gigolo who arrives at a Mexican border town seeking entry to the US. Faced with a waiting period of eight years, George is encouraged by his former dancing partner Anita (Pauline Goddard, Modern Times) to marry an American girl and desert her once safely across the border. He successfully targets visiting school teacher Emmy Brown (Olivia de Havilland, Gone with the Wind), but his plan is compromised by a pursuing immigration officer, and blossoming feelings of genuine love for Emmy.

A moving and thoughtful film with a wonderful script (co-written by Billy Wilder), Hold back the Dawn benefits from evocative performances by Boyer and de Havilland, and an over-arching sense of romantic melancholy. An enduring classic of its era, Leisen’s film was nominated for no-less than six Academy Awards and is presented here in High Definition for the first time.