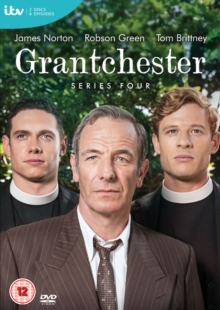 All six episodes from the fourth series of the ITV detective drama set in the small Cambridgeshire village of Grantchester.
The show follows respected local vicar Sidney Chambers (James Norton) as he finds himself assisting the gruff northern police officer Geordie Keating (Robson Green) in a number of murder investigations.
In this series, Sidney realises he may have been the last person to see a woman alive the night she died and Geordie must investigate a burglary in a computer laboratory.