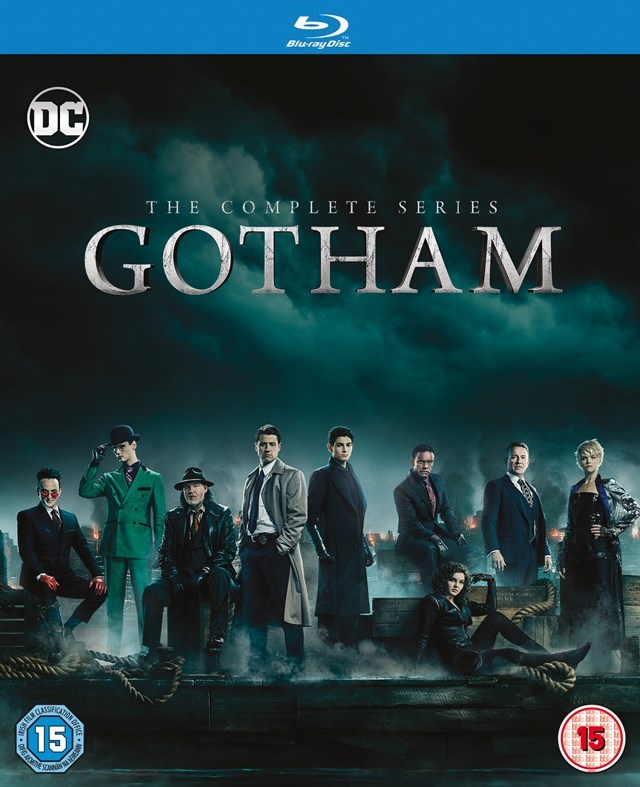 All 100 episodes from all five seasons of the crime drama which follows the origin stories of several characters created by DC Comics. Detective Jim Gordon (Benjamin McKenzie) is a young cop trying his best to tackle crime on the streets of Gotham with the help of his veteran partner Harvey Bullock (Donal Logue). As Gordon tries to win the trust of Bruce Wayne (David Mazouz), the boy who will one day become the feared vigilante Batman, he finds himself pushed to new limits in his pursuit of justice as a growing number of supervillains rise up to take on the powers that be in Gotham.