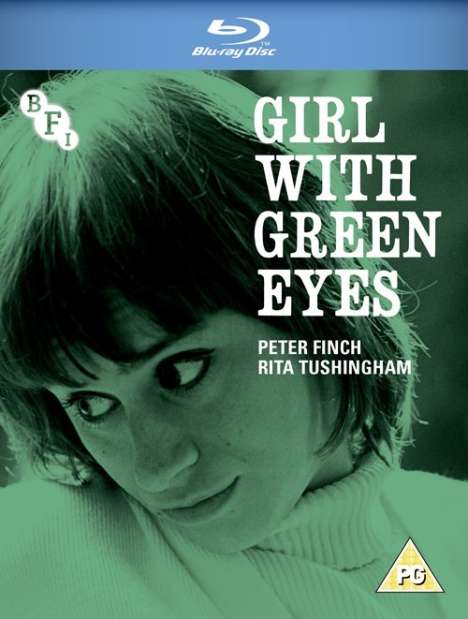 Previously unavailable on DVD or Blu-ray in the UK, Girl with Green Eyes is a gem from the golden age of the British New Wave.

In Dublin, two shop assistants share a room. One, Kate (Rita Tushingham) ,is a quiet, rather naïve girl, the other, Baba (Lynn Redgrave), is vivacious and ebullient with an eye for the boys. But when the two befriend a quiet, middle-aged writer (Peter Finch, Network), he makes a beeline for the shy and lonely Kate.

A bittersweet story of an extraordinary romance. Beautifully scripted by Edna O’Brien from her own best-selling novel, and brilliantly directed by regular Woodfall collaborator Desmond Davis. The film went onto to win a Golden Globe whilst both Tushingham and Redgrave (for only her second credited performance) were nominated for BAFTAs.