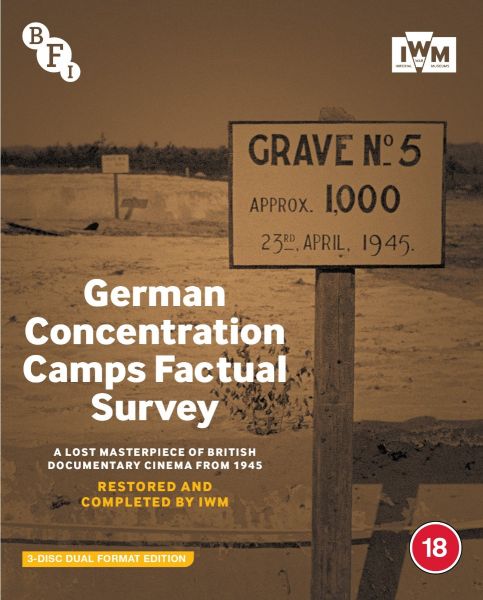 A disturbing, compelling document of the horrors of WW2 concentration camps, restored by the Imperial War Museum and available in an updated Dual Format Edition

On 29 September 1945, the incomplete rough-cut of a disturbing yet compelling documentary revealing the horrors of the German concentration camps was screened at the Ministry of Information in London.

For five months Sidney Bernstein had led a small team, including Stewart McAllister, Richard Crossman and Alfred Hitchcock, to complete the film from hours of footage. But this ambitious Allied project to create a feature-length visual report that would damn the Nazi regime and shame the German people into accepting the Allied occupation had missed its moment and was eventually shelved, unfinished. Even in its incomplete form, however, the film proved immensely powerful, generating a shocked silence among audiences. Now completed to its intended six reels, this faithfully restored and definitive version, produced by Imperial War Museums (IWM) and with a newly recorded narration by Jasper Britton, has been rightly compared to Alain Resnais’ Night and Fog (1955).