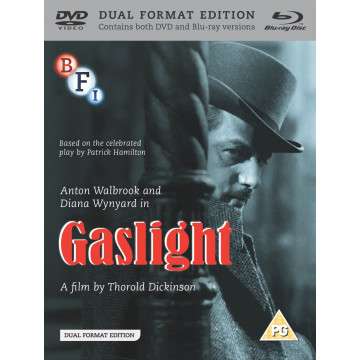 Anton Walbrook and Diana Wynyard star in this classic British thriller based on Patrick Hamilton's play. After Alice Barlow (Marie Wright) is murdered in her own home by a thief seeking her priceless jewels the house lays empty for 20 years until the arrival of newly-weds Paul and Bella Mallen (Walbrook and Wynyard). Although he tries to divert his wife's attention away from his suspicious behaviour by convincing her she's going mad, Paul uses gaslights to search the house's closed upper floors for Alice's hidden jewels during the night. As B. G. Rough (Frank Pettingell), a detective from the original, unsolved murder case, becomes increasingly suspicious of Paul, he suspects him of hiding a sinister past identity...