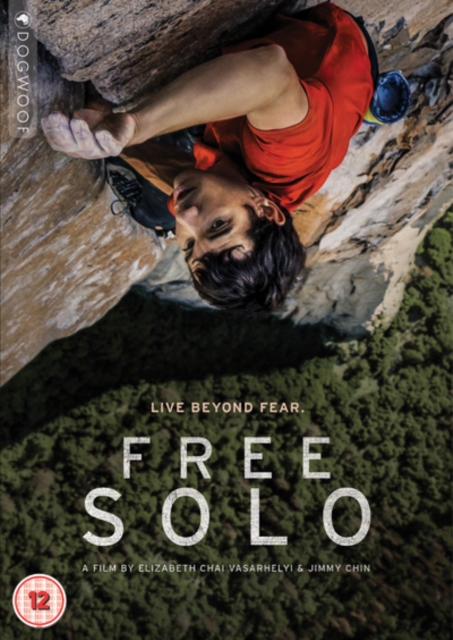 From award-winning documentary filmmaker E. Chai Vasarhelyi and world-renowned photographer and mountaineer Jimmy Chin, the directors of “MERU,” comes FREE SOLO, a stunning, intimate and unflinching portrait of free soloist climber Alex Honnold, as he prepares to achieve his lifelong dream: climbing the face of the world’s most famous rock ... the 3,200-foot El Capitan in Yosemite National Park … without a rope.

Celebrated as one of the greatest athletic feats of any kind, Honnold’s climb set the ultimate standard: perfection or death. Succeeding in this challenge places his story in the annals of human achievement. FREE SOLO is an edge-of-your seat thriller and an inspiring portrait of an athlete who challenges both his body and his beliefs on a quest to triumph over the impossible, revealing the personal toll of excellence. As the climber begins his training, the armor of invincibility he’s built up over decades unexpectedly breaks apart when Honnold begins to fall in love, threatening his focus and giving way to injury and setbacks. Vasarhelyi and Chin succeed in beautifully capturing deeply human moments with Honnold as well as the death-defying climb with exquisite artistry and masterful, vertigo-inducing camerawork. The result is a triumph of the human spirit that represents what The New York Times calls "a miraculous opportunity for the rest of us to experience the human sublime."

Alex Honnold is a professional adventure rock climber whose audacious free solo ascents of America’s biggest cliffs have made him one of the most recognized and followed climbers in the world. A gifted but hard-working athlete, Alex “No Big Deal” Honnold is known as much for his humble, self-effacing attitude as he is for the dizzyingly tall cliffs he has climbed without a rope to protect him if he falls. Honnold has been profiled by “60 Minutes” and The New York Times, been featured on the cover of National Geographic, appeared in international television commercials and starred in numerous adventure films, including the Emmy-nominated Alone on the Wall. He is currently the subject of the documentary feature Free Solo, which is being released by National Geographic Documentary Films. Honnold is sponsored by The North Face, Black Diamond, La Sportiva, Goal Zero, Stride Health and Maxim Ropes. He is the founder of the Honnold Foundation, an environmental nonprofit. To this day, he maintains his simple “dirtbag-climber” existence, living out of his van and travelling the world in search of the next great vertical adventure.