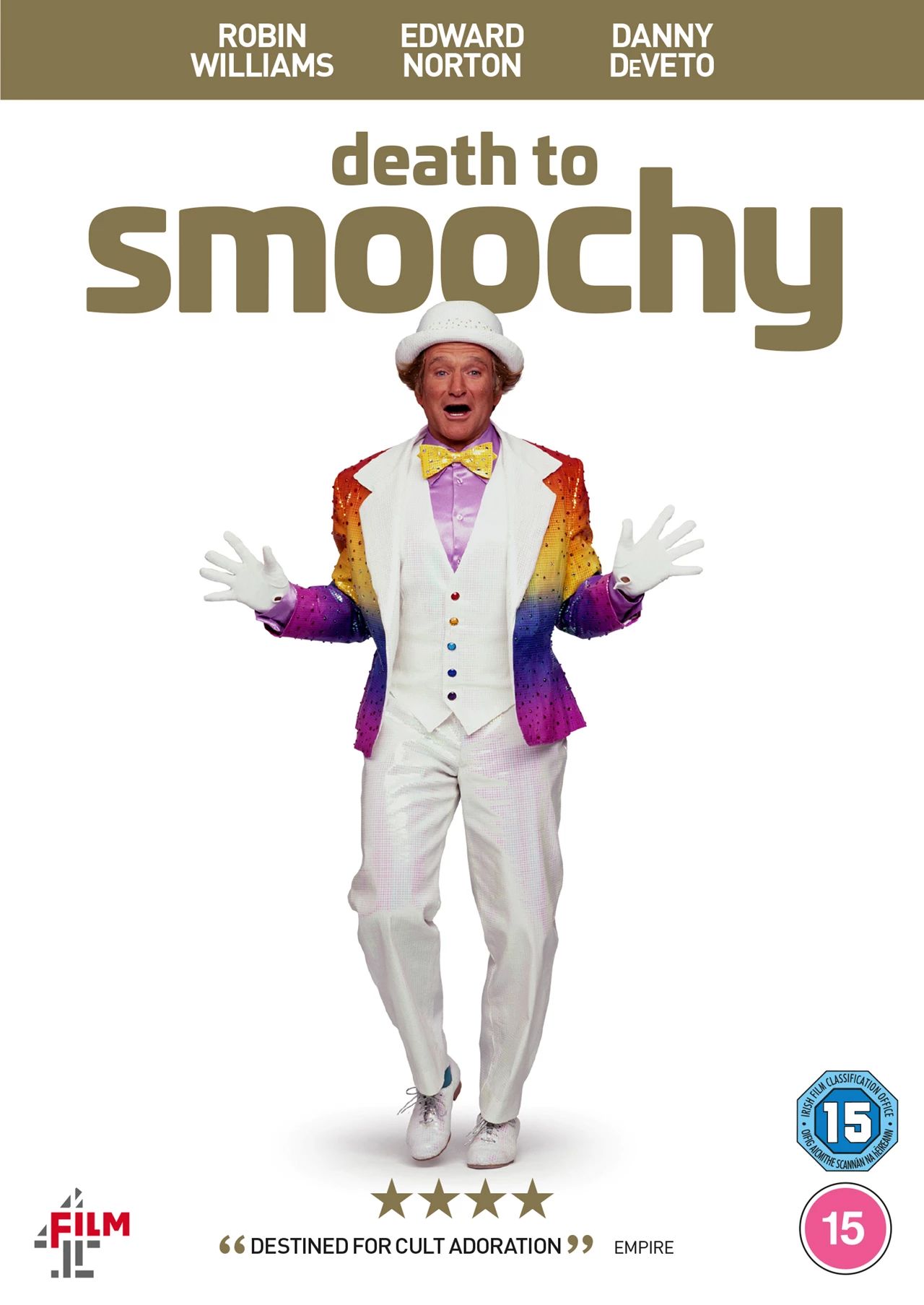 Robin Williams and Edward Norton star in this satirical comedy directed by Danny DeVito, who also stars. Entertainer Randolph Smiley (Williams) portrays the most popular clown on children's television channel Kidnet. However, when it is revealed that he has been accepting bribes from parents wanting their children to appear on the show he is dismissed from his beloved role. Following his dismissal Smiley's life begins to unravel and he has revenge fantasies against Sheldon Mopes (Norton), the clean-cut entertainer who has replaced him and is proving to be a hit with the children as purple rhino Smoochy.