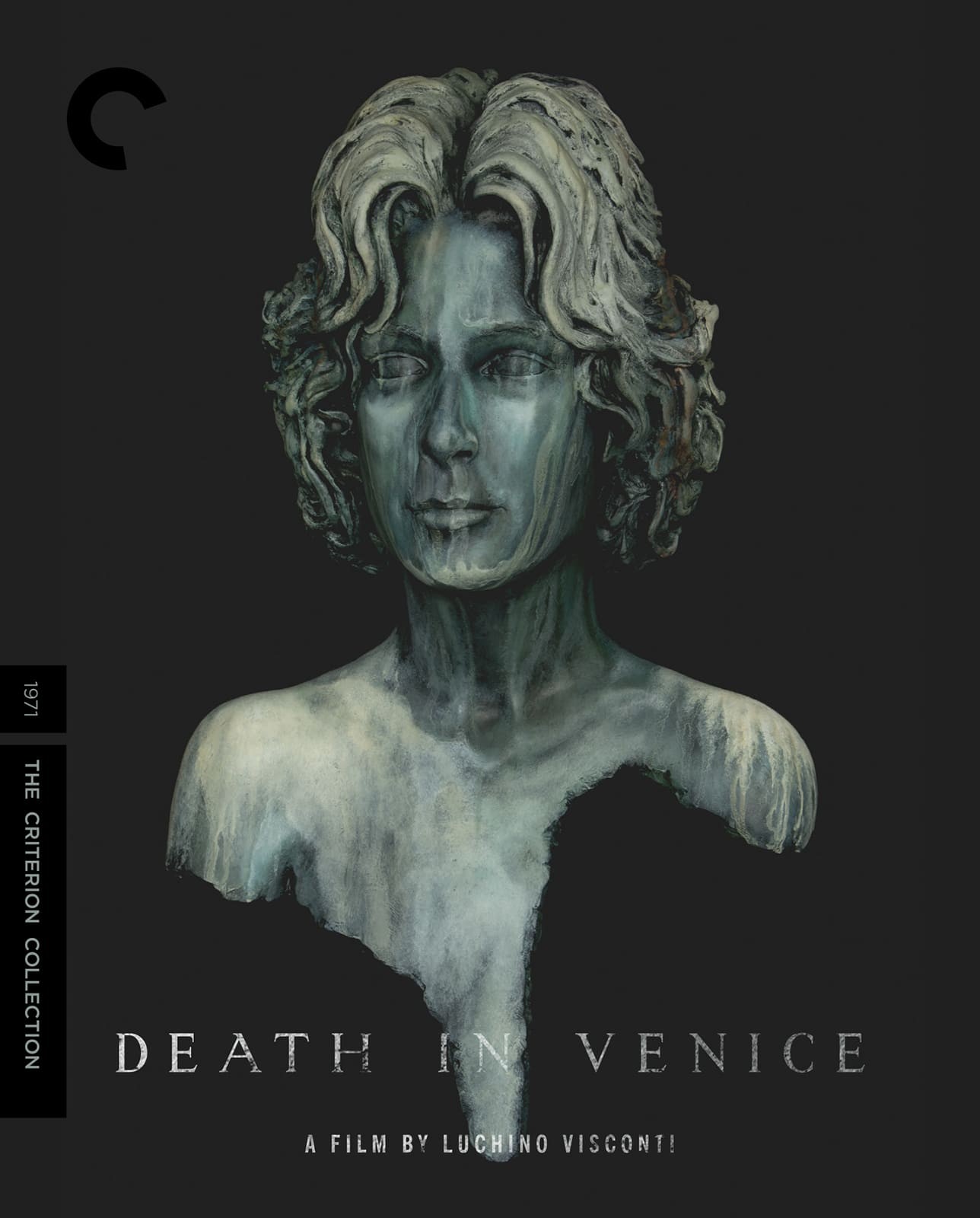 Based on the classic novella by Thomas Mann, this late-career masterpiece from Luchino Visconti is a meditation on the nature of art, the allure of beauty, and the inescapability of death. A fastidious composer reeling from a disastrous concert, Gustav von Aschenbach (Dirk Bogarde, in an exquisitely nuanced performance) travels to Venice to recover. There, he is struck by a vision of pure beauty in the form of a young boy named Tadzio (Björn Andrésen), his infatuation developing into an obsession even as rumors of a plague spread through the city. Setting Mann’s story of queer desire and bodily decay against the sublime music of Gustav Mahler, Death in Venice is one of cinema’s most exalted literary adaptations, as sensually rich as it is allegorically resonant.

New 4K digital restoration, with uncompressed monaural soundtrack on the Blu-ray
Luchino Visconti: Life as in a Novel, a 2008 documentary about the director, featur­ing Visconti; actors Burt Lancaster, Silvana Mangano, and Marcello Mastroianni; filmmakers Francesco Rosi and Franco Zeffirelli; and others
Alla ricerca di Tadzio, a 1970 short film by Visconti about his efforts to cast the role of Tadzio
New program featuring literature and cinema scholar Stefano Albertini Interview from 2006 with costume designer Piero Tosi
Excerpt from a 1990 program about the music in Visconti’s films, featuring Bogarde and actor Marisa Berenson
Interview with Visconti from 1971
Visconti’s Venice, a short 1970 behind-the-scenes documentary featuring Visconti and Bogarde
Trailer
PLUS: An essay by critic Dennis Lim